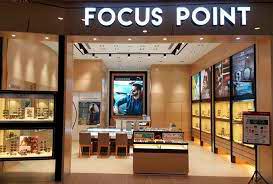 PETALING JAYA: Focus Point Holdings Bhd has set aside a higher capital expenditure (capex) of RM16 million for the financial year ending Dec 31, 2022 (FY22) compared with RM13.57 million in FY21, which will mainly be used for the opening of new outlets and upgrading old stores.

He said there are currently 182 optical outlets and 10 Komugi stores in Malaysia, adding that the outlook for FY22 seems to be promising given the reopening of international borders and economic recovery.

“Following the opening of borders on April 1, we have seen promising growth in our business as people started to throng the shopping malls.

“If we look at the performance over the past two-month, I would say it is better than pre-Covid-19’s performance due to the ‘revenge buying’ behaviour among consumers,” he told the media after the company’s annual general meeting here yesterday.

Liaw said Focus Point’s FY22’s growth will continue to be driven by its optical business which accounted for about 82% of its net profit in FY21, followed by its F&B business (15%) and Lasik surgery business (3%).

To boost the optical business, he said, the company recently launched an optical outlet brand, Optometris Anggun, which mainly targets the mid- to high-end Malay market.

“We have opened three Optometris Anggun shops over the last two months, and two new openings are expected in the next few months,” he said.

Asked if China’s lockdowns have affected the supply of its eyewear products, Liaw said the impact on the company’s optical business has been minimal, as there are sufficient stocks in its warehouse.

“Moreover, we have other suppliers from Europe, Japan and South Korea,” he said.

He also noted that the weakening ringgit has had a negligible impact on the company’s optical business, as they will just follow the recommended prices set by the brand principles.

As for its F&B business, Liaw said the company had to revise the prices of selected products upwards by 5-10% since two months ago due to rising ingredient costs.

“We are still monitoring the situation as we are also concerned about the shortage of some ingredients such as flour, and we hope that there would not be another round of price adjustments (in the near future),” he said. – Bernama