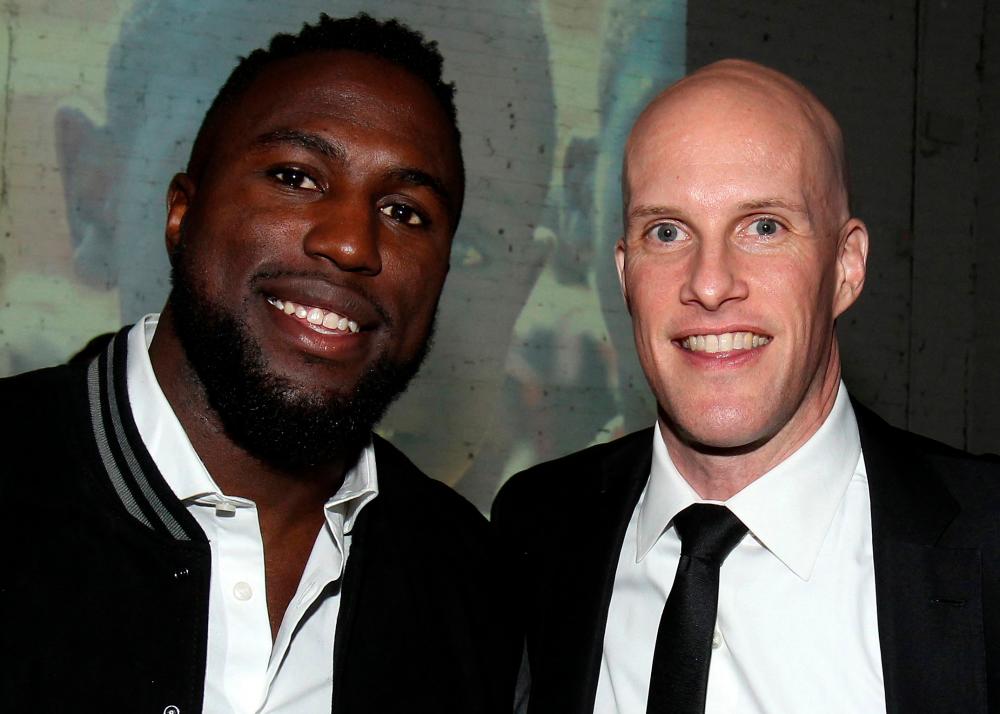 In this file photo taken on January 9, 2017, US sportswriter Grant Wahl (R) and US football player Jozy Altidore (L) attend the 2017 St. Luke Foundation for Haiti Benefit hosted by Kenneth Cole at the Garage in New York City/AFPPix

GRANT WAHL, a prominent US football journalist who was outspoken in his opposition of Qatar hosting the World Cup, died Friday while covering the tournament in Doha. He was 48.

Wahl reportedly collapsed while covering the Argentina-Netherlands game and was taken to a hospital. It was unclear where he died.

His brother Eric Wahl suspected foul play, particularly in light of the fact that Grant Wahl was denied entry to the United States’ first game in Qatar vs. Wales on Nov. 21 as he was wearing a rainbow T-shirt. The rainbow symbol represents support for the LGBTQ community, and homosexuality is illegal in Qatar.

Grant Wahl changed shirts and was later allowed in.

Eric Wahl posted a video on Instagram on Friday in which he said, “My name is Eric Wahl. I live in Seattle, Washington. I am Grant Wahl’s brother. I’m gay. I’m the reason he wore the rainbow shirt to the World Cup. My brother was healthy. He told me he received death threats. I do not believe my brother just died. I believe he was killed. And I just beg for any help.”

Gounder tweeted Friday night, “I am so thankful for the support of my husband @GrantWahl’s soccer family & of so many friends who’ve reached out tonight. I’m in complete shock.”

Grant Wahl wrote Monday on his website, “My body finally broke down on me. Three weeks of little sleep, high stress and lots of work can do that to you. What had been a cold over the last 10 days turned into something more severe on the night of the USA-Netherlands game, and I could feel my upper chest take on a new level of pressure and discomfort. I didn’t have Covid (I test regularly here), but I went into the medical clinic at the main media center today, and they said I probably have bronchitis. They gave me a course of antibiotics and some heavy-duty cough syrup, and I’m already feeling a bit better just a few hours later. But still: No bueno.’’

Grant Wahl was a longtime Sports Illustrated writer before going independent the past few years and selling subscriptions to his website, where he covered worldwide soccer with an extra emphasis on the U.S. national teams and leagues. He previously was a contributor to Fox Sports’ soccer coverage.

U.S. soccer posted a statement on Twitter that read in part, “The entire U.S. football family is heartbroken to learn that we have lost Grant Wahl. Fans of soccer and journalism of the highest quality knew we could always count on Grant to deliver insightful and entertaining stories about our game, and its major protagonists: teams, players, coaches and the many personalities that make soccer unlike any sport.”

MLS commissioner Don Garber tweeted, “We are shocked, saddened and heartbroken over the tragic passing of Grant Wahl. He was a kind and caring person whose passion for soccer and dedication to journalism were immeasurable.”

The National Women’s football League issued a statement that read in part, “We are heartbroken by the news of Grant Wahl’s death. His commitment to sharing the stories of our beautiful game was unmatched, but more importantly, his integrity, thoughtfulness and kindness were central to the way he lived.”-AFP