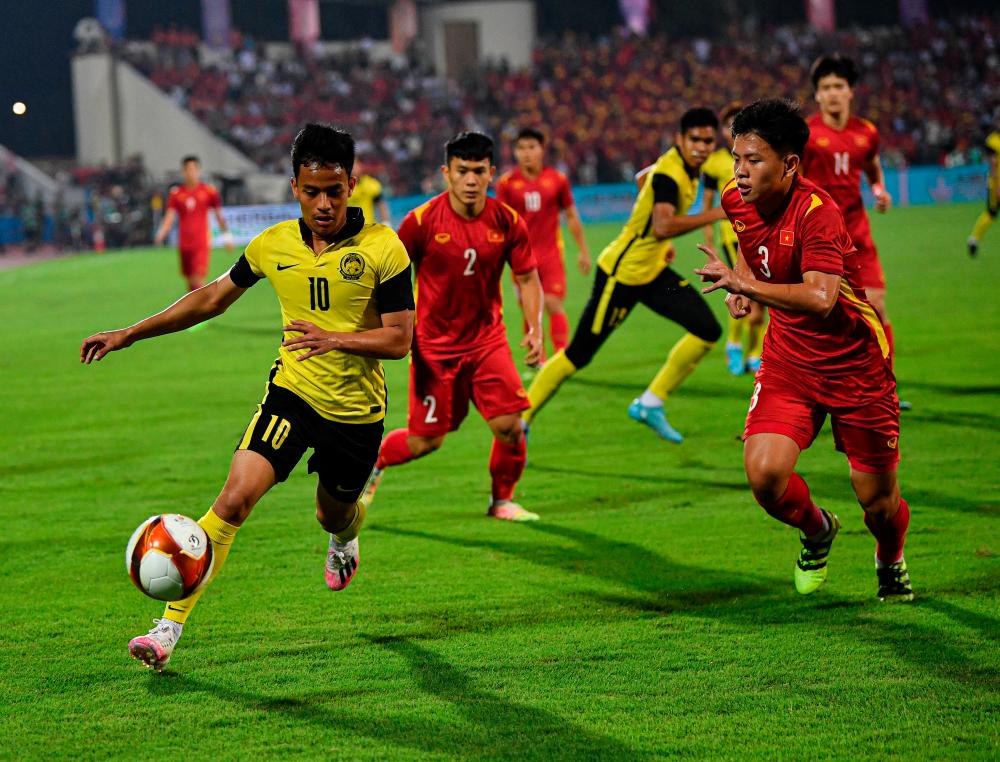 PHU THO (Vietnam): It’s the end of the road for the national Under-23 squad after going down fighting 1-0 in extra time to defending champions Vietnam in an exciting 31st SEA Games men’s football semi-final here tonight.

The defeat means the Harimau Muda will have to wait longer to end their 11-year gold medal drought at the biennial Games after their last triumph back in 2011 in Indonesia.

In tonight’s match at the Viet Tri Stadium, which went into extra time after both teams failed to break the deadlock in regulation time, Vietnam finally got the all-important goal in the 111th minute through striker Nguyen Tien Linh, sparking huge celebrations in the stands as about 18,000 home supporters rejoiced.

The Vietnam team, who are trained by South Korean Park Hang Seo, proved to be in a class of their own when they dominated the first 45 minutes, which saw Tien Linh nearly putting his team ahead in the 27th minute with a grounder.

However, his effort was off target although national goalkeeper Muhammad Azri Ab Ghani was well-beaten.-Bernama