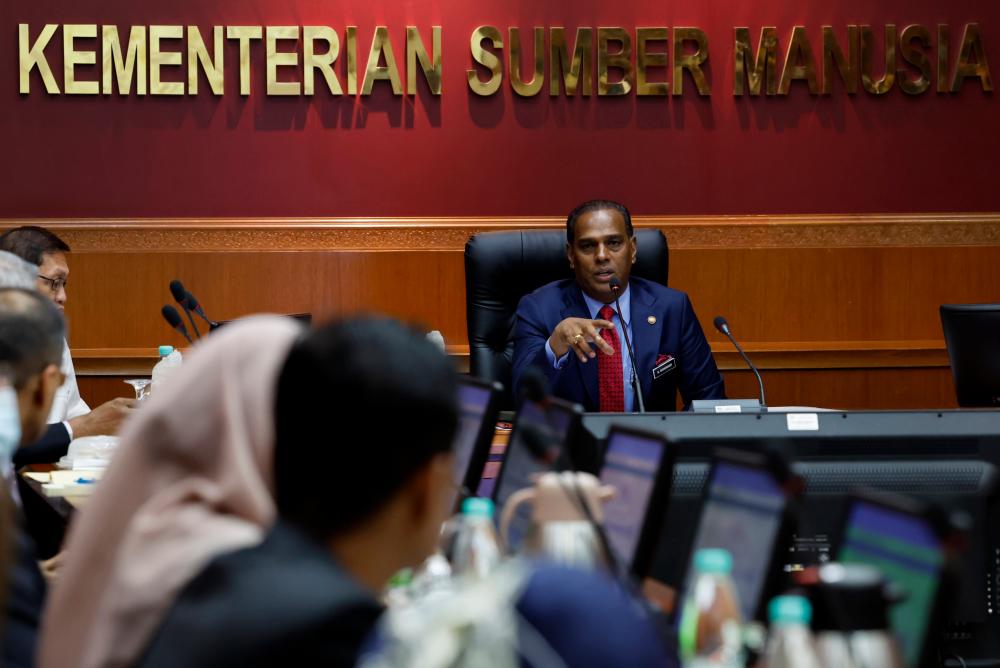 Speaking to reporters after chairing KSM’s Special Briefing to Bagan MP Lim Guan Eng and Beruas MP Datuk Ngeh Koo Ham regarding the hiring of foreign workers here today, he said it was among the recommendations made in the meeting for the interview to be held at each state to avoid congestion at the KSM office in Putrajaya.

“I just saw that there is a request, for example they want to keep the interview decentralised. I can do that, no problem, we will keep it,“ said Saravanan.

Ngeh had expressed the difficulties that employers have to physically go Putrajaya for the interview process, including updating minor details such as home address and phone number.

The media had earlier reported that KSM was flooded with employers from all over the country for interview in addition to claiming that the disorganised system resulted in some employers having to come repeatedly to get interview queue numbers.

In the briefing that lasted almost two and a half hours, suggestions were also made regarding interviews that could be held virtually for the purpose of saving time and reducing costs.

Saravanan, however, said the interview had to be held physically because not all employers could be trusted as there had been incidents of employers presenting fake local authority licenses and Employees’ Provident Fund (EPF) statements.

“We are also in the economic recovery phase and (to) overcome the unemployment problem. Let’s not be too fooled by the industry’s request to approve foreign workers at will while locals are out of work,“ he said.

Saravanan also said that the number of foreign workers in Malaysia so far is almost 1.24 million and that figure will increase to 2.2 million people in the near future by taking into account the eVDR (Visa With Reference) process and the biometric process and health tests that are being carried out in the source country. -Bernama