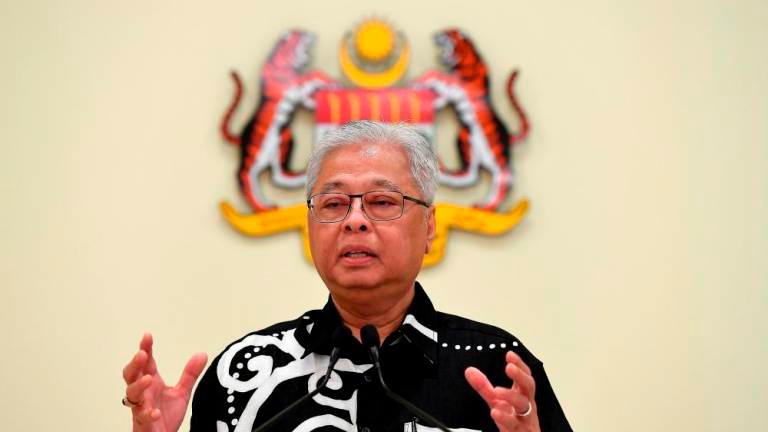 PETALING JAYA: Foreigners entering Malaysia will now have to pay the cost for quarantine and Covid-19 tests upfront.

Senior Minister (Defence) Datuk Seri Ismail Sabri Yaakob (pix) said this new ruling is in response to cases of visitors refusing to pay after taking the test and going under quarantine.

He said any foreigner who refuses to pay on arrival at any international entry point in the country will be issued a “not-to-land” order by the Immigration Department.

On another matter, he said the government views with concern the high incidence of violations of the standard operating procedures (SOP) put in place to quell the spread of Covid-19.

There have been many cases of people violating home quarantine and went on to infect family members or others in the surrounding communities, Ismail Sabri said at a press conference yesterday.

He said enforcement officers from the Health Ministry, with police, conducted spot checks on 1,367 individuals yesterday to ensure they complied with the SOP.

Two individuals were found to have violated the SOP and action has been taken against them, he added.

However, he did not mention what the action entailed.

In the period from July 24 to Aug 12, a total of 10,173 individuals have returned from abroad. All of them have been placed under quarantine at 59 hotels and five public learning institutes in Kuala Lumpur, Selangor, Negeri Sembilan, Penang, Johor, Sarawak, Kelantan, Perak, Perlis, Kedah and Labuan.

He said 44 of them had been sent to hospital for treatment.

“The private sector can play an important role in making the new normal a culture by sharing information on the importance of self-discipline in efforts to prevent the spread of Covid-19,” he said.

He said the logo that appears on the National Security Council, Health Ministry and police anti-Covid-19 campaign poster can be used by any organisation to show support for these agencies but not to promote any business.

“However, they should get the approval from the respective agencies and refer to the guidelines by the Communications and Multimedia Ministry,” he added. Tunisian star Jabeur eases into second round at home in Monastir Calhanoglu strikes as Inter bounce back to sink Barca Tunisian star Jabeur eases into second round at home in Monastir

Calhanoglu strikes as Inter bounce back to sink Barca

1.Tunisian star Jabeur eases into second round at home in Monastir

3.Calhanoglu strikes as Inter bounce back to sink Barca