Forest edge ahead of Sheffield United in Championship playoff 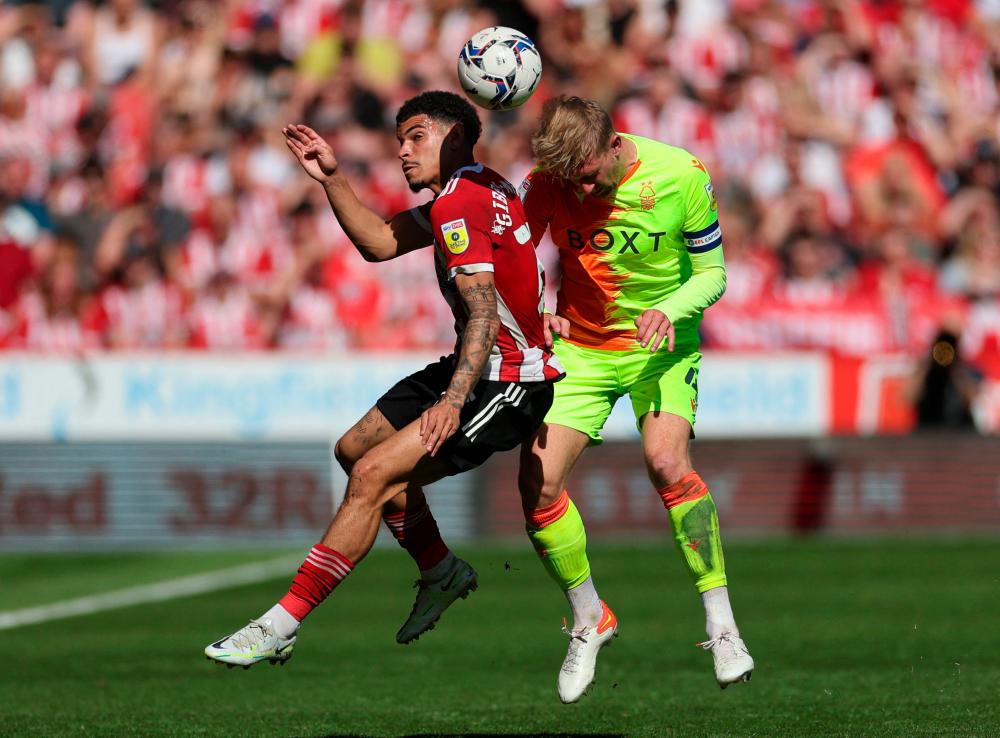 LONDON: Nottingham Forest established a narrow lead in their English Championship playoff semi-final with Sheffield United following a 2-1 win in the first leg at Bramall Lane on Saturday.

Jack Colback and Brennan Johnson scored for the visitors, with the two-time former European champions looking to return to the Premier League after an absence of 23 years.

But Sander Berge's header late on got United back into the tie ahead of Tuesday's second leg at the City Ground.

Forest went ahead in the 10th minute, scoring from their opening attack when Colback pounced on a rebound after Blades goalkeeper Wes Foderingham saved well from Philip Zinckernagel.

The Midlands club dominated without adding to their tally until the 71st minute when substitute Joe Lolley squared the ball to Johnson, who gave Foderingham no chance with a powerful shot into the top-right corner.

United, however, changed the balance of the tie with a goal in stoppage time when Berge headed home after Forest keeper Brice Samba was stranded out of position.

The winners of this tie will face either Luton or Huddersfield, all square in their playoff after a goalless leg, in the Wembley final -- a match billed as the richest game in football given a place in the lucrative Premier League is at stake.-AFP 1.PM: Now not the time for world to remain divided

4.The Force is strong at Jaya One