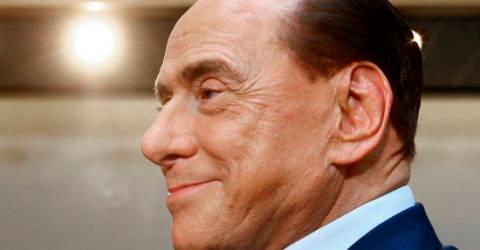 ROME: A court in the Italian city of Siena has acquitted former Italian Prime Minister Silvio Berlusconi(pix), who was accused of bribing witnesses in the latest Ruby case, Sputnik reported, quoting local news reports on Thursday.

Berlusconi has been standing trial alongside 28 other defendants on charges of bribing witnesses to lie about the now notorious “bunga bunga” parties at his home where underage girls were trafficked.

Danilo Mariani, a Sienese pianist working at Berlusconi's villa, was also acquitted, Rainews24 broadcaster said. The politician and the pianist have been acquitted for lack of sufficient grounds for sentencing, il Messaggero newspaper noted. The prosecution insisted on four years of jail time for each.

The court reportedly announced its decision earlier than expected by the defendants, who assumed it would take at least two sessions to arrive at the verdict. The judges refused to call three witnesses for the defence to the stand and took only one hour to discuss the case behind closed doors.

Berlusconi himself did not attend the hearing, as he went to Brussels for a meeting of the European People's Party. Parallel to Siena, hearings on the same case are being held in Milan.

The hearings have been repeatedly postponed over the past few months due to Berlusconi's health, since he contracted COVID-19 and was in and out of the hospital since spring.

Berlusconi has been repeatedly accused of having sex with an underage prostitute, Karima Mahroug, also known as Ruby Heartstealer, at Berlusconi's mansion in 2010. Berlusconi has denied the allegations. The scandal has resulted in three separate investigations, though the politician has been acquitted in each case.

During the previous judicial proceedings on the issue, investigators alleged that the politician payed up to €10 million (US$11.8 million) to parties involved in the Ruby case, including to Mahroug herself, to give false testimony.-Bernama