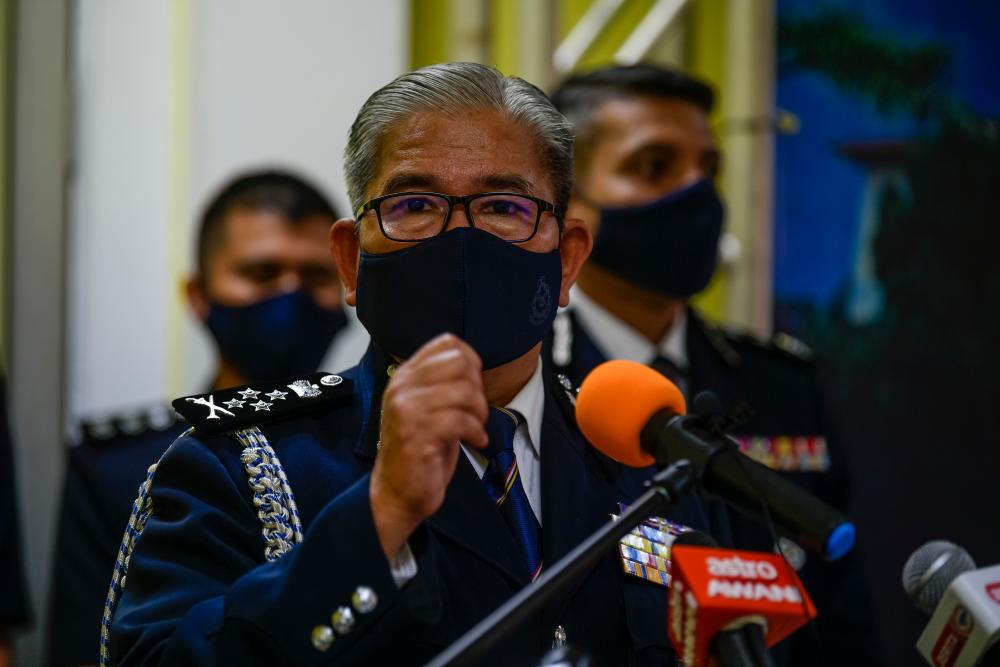 KUALA LUMPUR: Four enforcement agency personnel were among six individuals arrested on suspicion of being involved in stealing alcoholic beverages on Thursday.

All the suspects in their 20s to 40s were detained around Dengkil and Shah Alam near here.

Deputy Inspector-General of Police Datuk Seri Mazlan Lazim(pix) said the four enforcement personnel were believed to have helped the syndicate by leaking information on the storage facility of liquor that had been confiscated.

He said two other male suspects were believed to have entered the facility in Dengkil using a lorry at about 2.30 am.

“The suspects tied up the security guards before unloading the beverages kept in a lorry into their own lorry,“ he said at a press conference after officiating the Gombak district police headquarters here today.

Mazlan said the unloading process took about two hours before the suspects escaped with the items at 5 am.

He said investigations revealed that the robbery involved ‘insiders’ of the enforcement agency.

“Following that, police arrested four enforcement personnel suspected of providing information to the syndicate,“ he added.

He said they also confiscated electronic scales, mobile phones and RM111,100 in cash found in the vehicle of the enforcement personnel.

Mazlan said as a result of the interrogation, police arrested a lorry driver and his co-driver, and seized a lorry by the roadside in Shah Alam.

“After inspecting the lorry, police also found 234 boxes of Brona brand liquor believed to be stolen from the storage area,” he said adding that the suspects were remanded for six days until tomorrow to assist in investigations under Section 392/397 of the Penal Code and Section 39B of the Dangerous Drugs Act 1952.

He added that police were now tracking down another suspect still at large, believed to be the mastermind of the syndicate.-Bernama