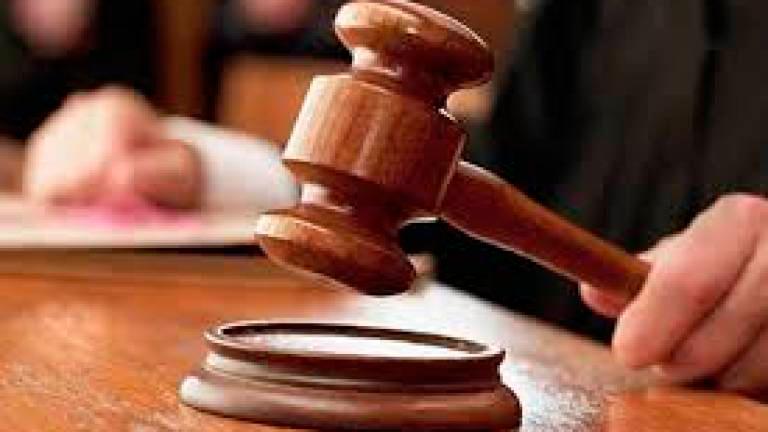 CUSSET: French authorities on Thursday charged a woman with involvement in the murder of her husband almost 27 years after he was found beheaded in a crime that has remained unsolved ever since.

Christophe Doire, 28, was found beheaded on Christmas Day, 1995 around the town of Busset in the Auvergne region of central France.

Regional prosecutor Eric Neveu said the widow, 56, who has not been named, had been detained on Tuesday and then charged Thursday by a magistrate and remanded in custody.

“Serious and concurring evidence points to her involvement in the murder of Christophe Doire,“ he told reporters, adding she had been charged with murder and risked 30 years in prison if convicted.

“The investigations must continue to identify and arrest other protagonists,“ he said, noting that elements suggested that the woman was “not alone during this process”

He made clear it was not possible to make other information public at this stage but said she had failed to give “credible explanations”.

The move comes after Doire’s body was exhumed in April in order to carry out new tests. Neveu made clear that during interrogation the widow had denied any involvement in the killing.

Doire had disappeared on December 16, 1985 after spending the evening at his brother’s. He left shortly before midnight, saying he was going hunting the next day.

His car was found but there was no sign of him until his body was found in a ditch by hunters. He was identified due to his papers and clothes he had on him.

Cases were twice opened against suspects, in 2000 and 2002, but they were dropped on both occasions and the crime has for years remained one of France’s most notorious cold cases.-AFP It’s like I am left without defence counsel: Najib

It’s like I am left without defence counsel: Najib

2.Najib’s 1MDB trial in high court put off due to SRC appeal

4.It’s like I am left without defence counsel: Najib