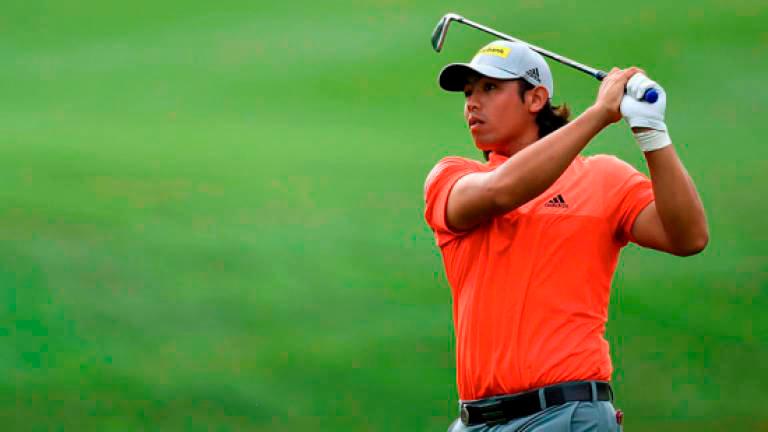 After a bogey-free seven under in the opening round yesterday, the 28-year-old repeated the same feat today to top the standings with 14 under 130 at the Tanah Merah Country Club.

Gavin, the 2017 Asian Tour Order of Merit champion, carded four birdies on the front nine and three on the back today, to break away from the field in the US$1.5 million (about RM6.67 million) event.

“Obviously (ball) striking has to be pretty good on this golf course, you have to keep it in play, you can’t miss too many shots. You have to place your approach shots on certain parts of the green because they are so sloppy.

“And even when you are on the green it’s a tough two putt. My caddie and I have a good game plan. We have worked hard, really hard, over the last few weeks,” he was quoted as saying by the Asian Tour in its website.

Thailand’s Phachara Khongwatmai is trailing three behind with an overall score of 133 after carding a 66 today, while Veer Ahlawat of India and South Korean Yoseop Seo both carded 65 scores today for an overall 10 under 134 to be tied on fourth place.

Other Malaysians in the field, Ben Leong was tied in 28th place with seven other golfers with four under 140 (71, 69), while Nicholas Fung missed the top 74 cut.

Nicholas only managed to settle in 80th place with 10 other players with an overall one above 145, carding 70 and 75 respectively on both days.-Bernama