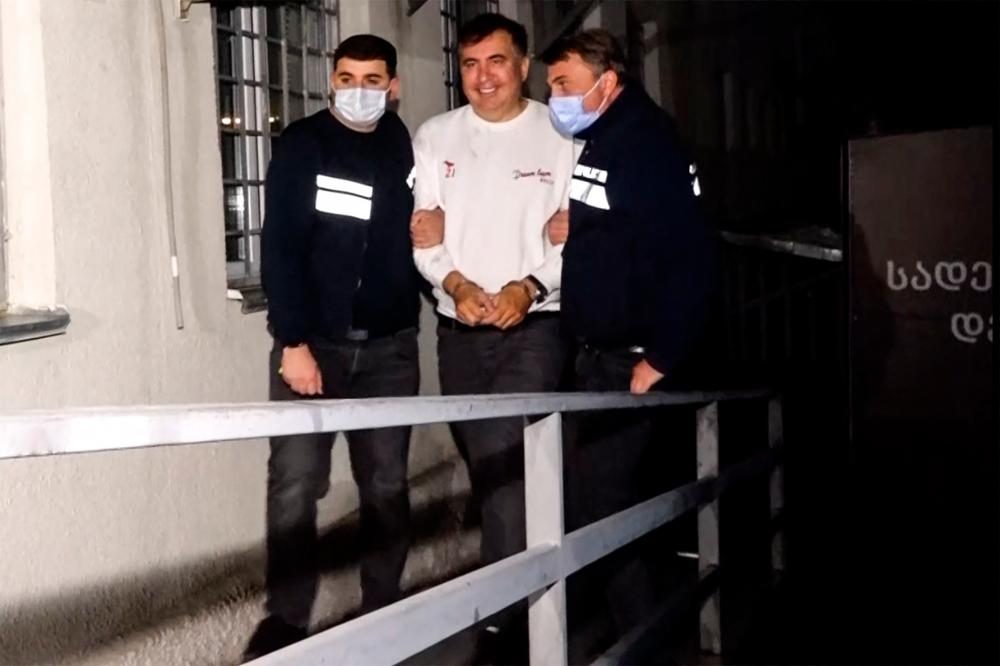 With 85 percent of precincts counted, the ruling Georgian Dream party garnered nearly 48 percent of the votes in Saturday's elections, against 52 percent for all of the opposition parties, official results showed.

Under an EU-brokered inter-party agreement in May, the ruling party pledged to hold snap parliamentary elections if it wins less than 43 percent of the vote on Saturday.

Georgian Dream said in a statement that the closely-watched elections “were held at the highest democratic standards.”

But opposition parties said Sunday widespread irregularities undermined the credibility of the elections, held in a tense atmosphere after the arrest of Saakashvili, the country's foremost opposition leader and former president.

“The election results were falsified. We have witnessed intimidation and bribing of voters prior to the elections, multiple voting on the election day,“ Giori Baramidze, a leader of Saakashvili’s United National Movement -- the country’s main opposition force -- told AFP.

“The elections’ credibility has already been undermined by the fact that the leader of the opposition was first forced into exile and then arrested,“ he said referring to Saakashvili.

“We will use all the legal means to reverse the falsification.”

Badri Japaridze, a leader of opposition Lelo party, said: “The elections were marred by large-scale intimidation and bribing of voters, seriously affecting the electoral results.”

Saakashvili, 53, secretly returned to Georgia on Friday from Ukraine -- where he heads a government agency steering reforms -- ahead of the elections and was quickly detained on abuse of office conviction.

The flamboyant pro-Western reformer and president in 2004-2013, denied any wrongdoing, denounced a six-year jail sentence as politically motivated and went on hunger strike.

His jailing aggravated the political crisis that engulfed Georgia last October when opposition parties denounced parliamentary elections as rigged, refused to take up their seats in the newly elected legislature and staged mass protests to demand snap polls. -AFP