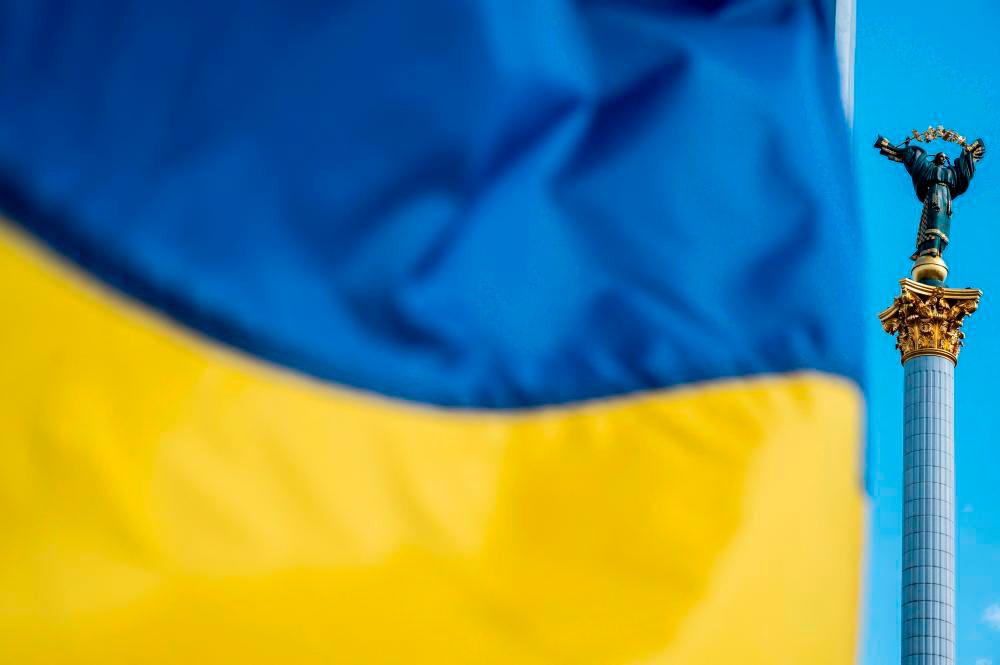 GERMANY: Four Ukrainian flags are flapping in the cold northern wind outside the university hospital (UKSH) in Luebeck on Germany's Baltic coast.

Since the beginning of the Russian invasion, Ukrainian nurses and doctors at this ultra-modern facility have been treating patients from their home country.

Originally from Chernivtsi, close to Ukraine's border with Romania, Oleksandra Shaniotailo, 31, was taken on as a nurse two months ago.

“I am waiting for my nursing degree to be recognised,“ she tells AFP in her newly acquired German.

“In Ukraine, I worked for 11 years in a hospital,“ says the young woman, who is waiting to meet the Ukrainian Foreign Minister Dmytro Kuleba.

On the fringes of a meeting of G7 foreign ministers a few dozen kilometres away from Luebeck, Ukraine's top diplomat has come to visit the hospital, where 61 young refugees have been taken on as nursing staff.

Between selfies with the guest of honour, the new team members share their patriotic support with Kuleba.

“I am working in outpatient care for five months before starting a four-month course for my degree to be recognised,“ says Anastasiia Demicheva, 20, from the same town in Bukovina.

The fragile young woman, whose make-up barely hides her pale complexion, is serving meals to patients, bathing them or helping them walk up and down the corridors of the vast hospital, which employs some 2,000 medics between Luebeck and the more northern city of Kiel.

In parallel, Anastasiia is taking German courses to be able to speak fluently with her patients.

The Ukrainian foreign minister also visits the bedsides of the Ukrainian patients who have been transferred to the hospital.

“We have cancer patients whose chemotherapy has been interrupted” by the war, UKSH president, Jens Scholz, 63, tells AFP.

Among them is Oleg Kovalenko, whose cancer was diagnosed in Kyiv. With a sallow face and wearing his yellow hospital gown, he tells the visiting minister how grateful he is to be receiving treatment in Germany.

“It’s an enormous privilege,“ he says in Ukrainian, before saying “danke” (”thank you”) in German.

The hospital is also hosting Ukrainian children who need major surgery or suffer from cardiac problems.

“We’ve taken on nearly 500 Ukrainian patients” since the end of February, says Scholz.

When war came to Ukraine, the hospital sent equipment and medicine to hospitals in Lviv, Zhytomyr and Ivano-Frankivsk. More than three million euros ($3.1 million) of aid have been, while a the fifth support package of respiratory equipment, beds and operating equipment is ready to be sent to the Ukraine on May 19.

Behind the Ukraine partnership, first established in 2014, are a man and wife from the country who work at the hospital, employed as a surgeon and a biologist, respectively.

“I’ve been here for 12 years and have become the head of transplants” at the hospital, Hryhoriy Lapshyn, 40, tells AFP. From Germany “I can better help people in Ukraine than I could if I had stayed,“ he says.

The young Ukrainians who have just arrived will become nurses. “Ukraine will benefit, too,“ he says.

The pair do not hide the pain they feel seeing the horrors which have descended on their country, dismissing critics who say they should be working with war wounded in Ukraine.

“My heart bleeds,“ says Olha Lapshyna, her voice trembling. “I ask myself often what I am doing here. Why do I have the privilege of being here while other women stayed in Ukraine?”

“Sometimes there are no more emotions, just things to do,“ her husband adds, saying he has been caught in a whirlwind since the start of the war. “You have to help people. You get calls non-stop.”

On his swift tour through the hospital, the Ukrainian Foreign Minister pays homage to their work.

“War is not only soldiers who are fighting,“ Kuleba says. “I’m very touched that you found the role that you can play” in this war, he says.-AFP