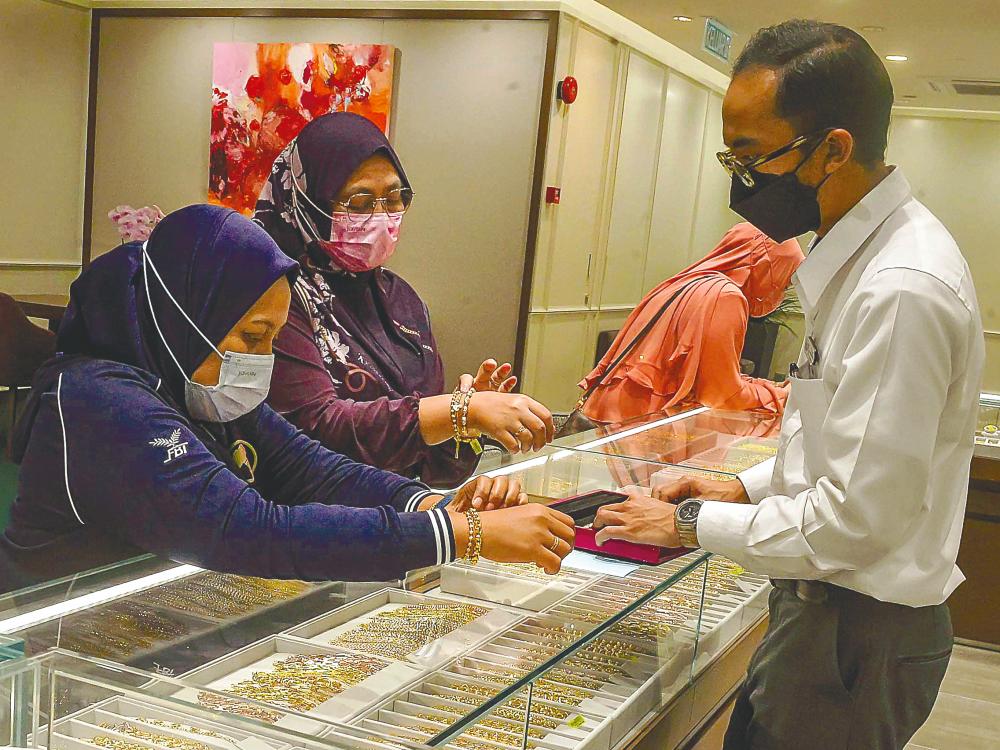 The current high price of gold has not deterred people from buying gold jewellery, as indicated by a 40% surge in sales. – ADIB RAWI YAHYA/THESUN

Despite its high value, Siow said people were still buying gold. He expects this trend to continue until the end of May, partly due to the RM10,000 Employees Provident Fund special withdrawal announced by the government and the Hari Raya celebrations.

“Also, remember that gold is always a good investment as it can be converted into cash during hard times,” said Siow, adding that jewellery sales had recorded an increase of up to 40% over previous figures.

He advised those with huge gold investments to hold on to their assets.

“You cannot go wrong with your gold investments, especially when the market is such that the price will only go up further,” he said.

Siow said those who wish to invest in the commodity should buy gold wafers starting from 0.5g each.

Tan Wei Yang, the co-founder of Advance Fin Advisory, an investment adviser, said if a gold investor decides to cash in now, he will be hard pressed to find another good investment under the current circumstances where the global political situation is unstable.

“Investing in gold remains an excellent portfolio, so I advise major gold investors to hold on to their assets.

“Many investors diversify their investments with injections into gold as well. At the moment, all commodity prices are rising. That is why we are experiencing inflationary prices in our daily necessities every so often.

“Gold will always remain an excellent choice of investment, more so in an environment of uncertainties these days,” he said.

Tan said on the global stage, the current protracted Russian-Ukraine conflict is one reason for the rising price of gold.

In addition, the commodity can be used as a hedge against inflationary effects of the shrinking ringgit.

He said if the conflict were to escalate further and involve more countries, all commodities, including gold, would see quicker increases in value.

Tan said in the short term, the price of gold would climb higher based on the mentioned uncertainties.

He added that there would always be a demand for gold, since its price movements are caused by a combination of supply, demand and investor behaviour.

He said even if the price of gold decreased, people with extra money would continue to invest in the commodity.