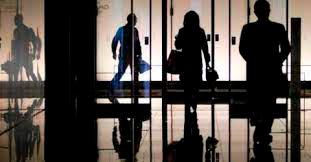 TAPAH: The government will accord priority to local workers to fill the vacancies in various employment sectors in the country instead of foreigners, said Human Resources Minister Datuk Seri M Saravanan.

He said with the unemployment rate at 4.8 percent in the country, the government needed to ensure that job opportunities available were first filled by local workers.

“After the jobs available have been offered to our local workers and we are satisfied, only then can we decide to bring in foreign workers,“ the Tapah MP said this to reporters after officiating Ansonex Malaysia Occupational Safety and Health Training Centre at Tapah Road here today.

“So, how do you expect us to bring in foreign workers? he asked.

He was commenting on the allegation by Beruas MP Datuk Ngeh Koo Ham that Home Minister Datuk Seri Hamzah Zainudin and Saravanan were the main cause of the labour shortage in the country because they were hesitant on the issue.

Ngeh also claimed that the increase in price of most goods in the country was due to the two ministries being unable to reach a prompt decision in addressing the labour shortage.

Meanwhile, Saravanan said his ministry agreed with Hamzah's statement that the government should not be hasty to bring in foreign workers, instead it needed thorough vetting including taking into account health safety factors.-Bernama