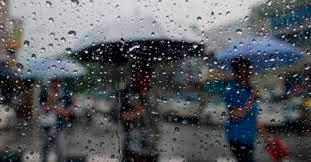 KUALA LUMPUR: Government agencies including the Public Works Department, response agencies, Welfare Department, Malaysian Meteorological Department as well as Irrigation and Drainage Department are on high alert for the North-East Monsoon which is expected to be felt until March next year.

Minister in the Prime Minister's Department (Special Functions) Datuk Dr Abd Latiff Ahmad in an oral answer posted on the Parliament website today said the Public Works Department will identify and monitor roads that have been flooded or hit by slope collapse, located near rivers and in low-lying areas that may be affected.

“The Malaysian Meteorological Department and the Irrigation and Drainage Department have conducted briefings on the North-East Monsoon to state and district disaster management agencies. The departments concerned will also ensure the dissemination of information and weather forecasts in the mass media,“ he said.

Abd Latiff said all local authorities were requested to maintain the drainage system to prevent floods while all dam owners were asked to inform the water release plan in advance to the relevant agencies.

Apart from that, he said the National Disaster Management Agency (NADMA) in collaboration with telecommunication companies would continue the initiative to deliver flood warnings through short messaging system (SMS) to residents in flood-prone areas.-Bernama

2.Gift of education for unprivileged pupils

3.Barisan Nasional the coalition to beat in Johor