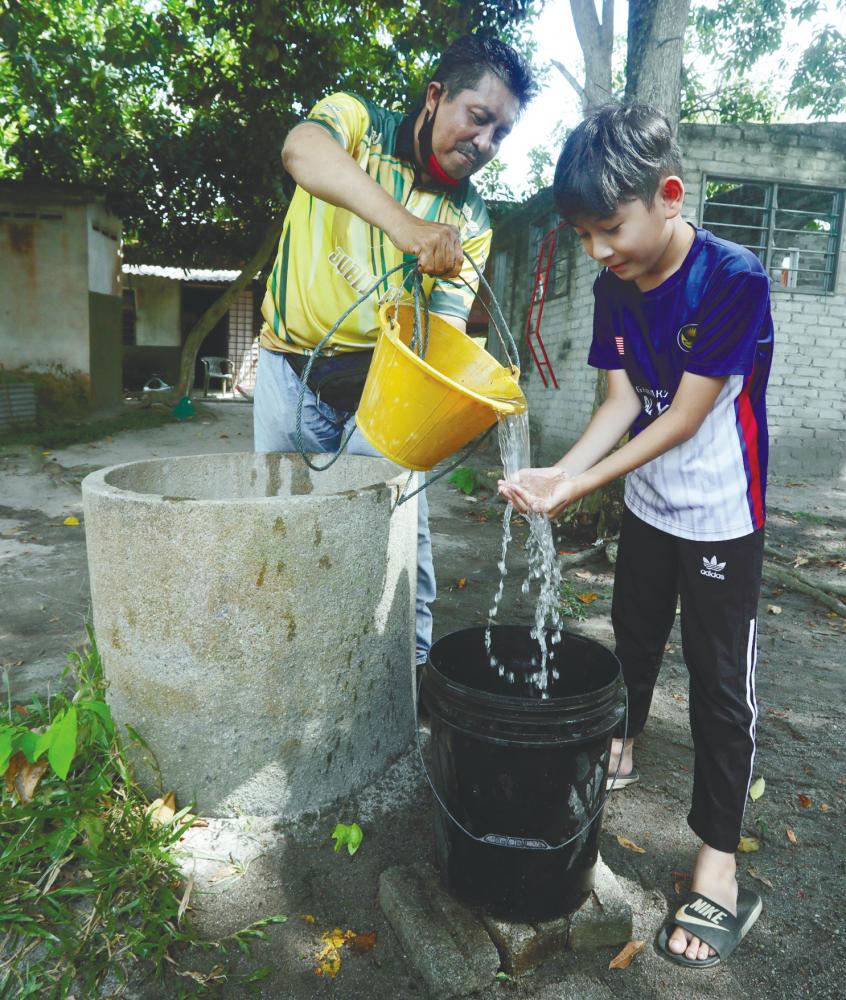 Groundwater wells could serve as a good alternative to surface water sources in the event of supply disruptions. – MASRY CHE ANI/THESUN

PETALING JAYA: Environmental experts have called for caution over tapping of groundwater as an alternative source.

Groundwater expert Dr Saim Suratman said at 5,000 billion cubic metres, the volume of groundwater in the country is much higher than surface water, and less than 3% of it has been used.

“A significant volume of rainfall recharges groundwater, and as it is not easily affected by changing weather, climate and pollution, backup groundwater wells could be the solution to frequent disruption of surface water supply,” he told theSun.

He said groundwater sustainability refers to its development and use to meet current and future needs without causing unacceptable consequences. Hence, it should be utilised as a supplementary or alternative water source.

Saim said demand for groundwater was spurred by a rapid increase in population growth, industrial or agricultural expansion, deterioration in the quality of surface water and low flow of surface sources during prolonged drought and changing climate.

“Tapping groundwater is one of the best options in meeting demand. Water supply to domestic and industrial sectors by an orderly and rational use of groundwater can contribute towards sustainable socio-economic development of the nation.”

Saim added that stringent enforcement should be undertaken to regulate the development and management of groundwater resources to ensure proper and optimal utilisation and to prevent the occurrence of adverse effects due to over-extraction.

“The development and management of groundwater resources should be based on competent scientific methods to avoid disastrous effects. Over-extraction may produce negative side effects such as declining groundwater levels, increased cost of groundwater extraction, diminishing or even disappearing spring discharges and baseflows, degradation of wetlands, land subsidence and intrusion of saline, brackish or other low-quality water.

Ecotourism and Conservation Society of Malaysia CEO Andrew Sebastian said while the idea was a good one, extraction may cause an undesirable chain of events to the environment.

“Drying up of crucial water sources that are needed to replenish forested areas and flood regulating are some of the events that may occur. There is a cost and effect in everything we do. Thorough studies must be done to see how much we can take without causing major effects to the environment.”

Sebastian said as a tropical country with good rainwater resources, we have enough rainwater in catchment areas. However, they are not protected enough.

“We do not put in efforts to monitor and enforce laws on polluters. At the end of the day, we have to be efficient with our natural resources.”

He added that groundwater pollution can occur, hence if this is to be used as an alternative source, equal importance should be given to ensuring pollution does not occur.

“Although it may seem somewhat tedious, it is not impossible,” he said.