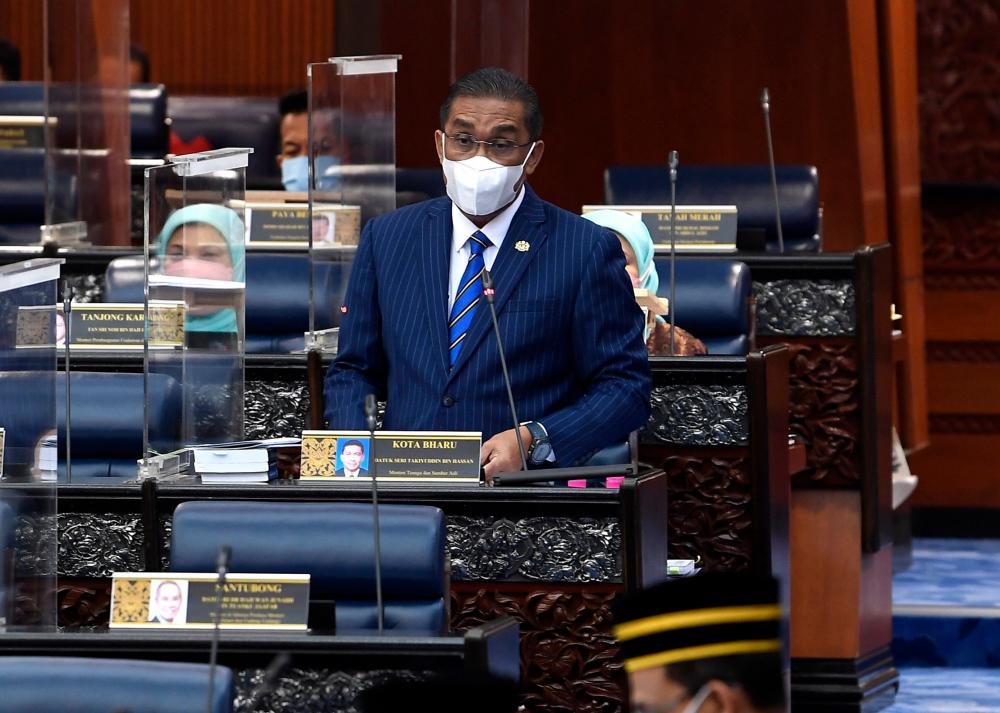 He then further explained that there were no logging activities around Gunung Jerai since it has been declared a national geopark and has also been gazetted as a forest reserve.

“There are no logging activities in Gunung Jerai or in the Ulu Muda forest reserve,“ he said.

Opposition leader Datuk Seri Anwar Ibrahim (PH-Port Dickson) scoffed at his answer and then interjected: “Sometimes don’t say it is an act of God when it is the greedy humans who ruined it.”

Takiyuddin was responding to Sabri Azit (PAS-Jerai) who asked about the steps being taken by the ministry to restore the area which he said is still considered not safe.

He then stressed that between 2014 and 2019, only a total of 25,000ha of Kedah forest has been granted approval for logging activities but none in the area of the Ulu Muda forest reserve around Gunung Jerai.

“I went there myself and I watched the trees intact with their roots being carried away by the water column. This shows that there were no logging activities but it is an act of God,“ he said.

He pointed out that Jerai was located in the 160,000ha Ulu Muda forest reserve where 88% of the forest could be logged while the remaining 12% was a protected area.

“The ministry will be doing the forest restoration including in Gunung Jerai which has been allocated a total of RM75 million,“ he said.

In August, it was reported that a four individuals were killed while nearly 1,000 families were affected during the massive flood incident which some described as a “small tsunami”.

Kedah Mentri Besar Muhammad Sanusi Md Nor has also denied allegations that the flood were caused by logging activities.

Anwar then said that this illegal logging activity is not a new issue as this problem has been around for many years despite all the existing laws to curb such such activities.

“My question is why is there still illegal logging which causes the continuous floods?” he asked.

“Based on my experience, when we started Universiti Utara Malaysia (UUM), there was illegal logging happening there.When we asked, the authorities were not aware of it, but the ground was already bald,“ he said.

“This should not be happening. I ask for strong political will to curb this from happening,“ he said.

Takiyuddin replied that it is impossible for the ministry to completely stop illegal logging but it can only minimise it.

He acknowledged what Anwar said that the problem has existed for years.

“The government is serious about this and I accept there must be political will but it needs the cooperation of all quarters including contractors, developers and private sector as well,“ he said.