Harassment: Know your rights during a roadblock 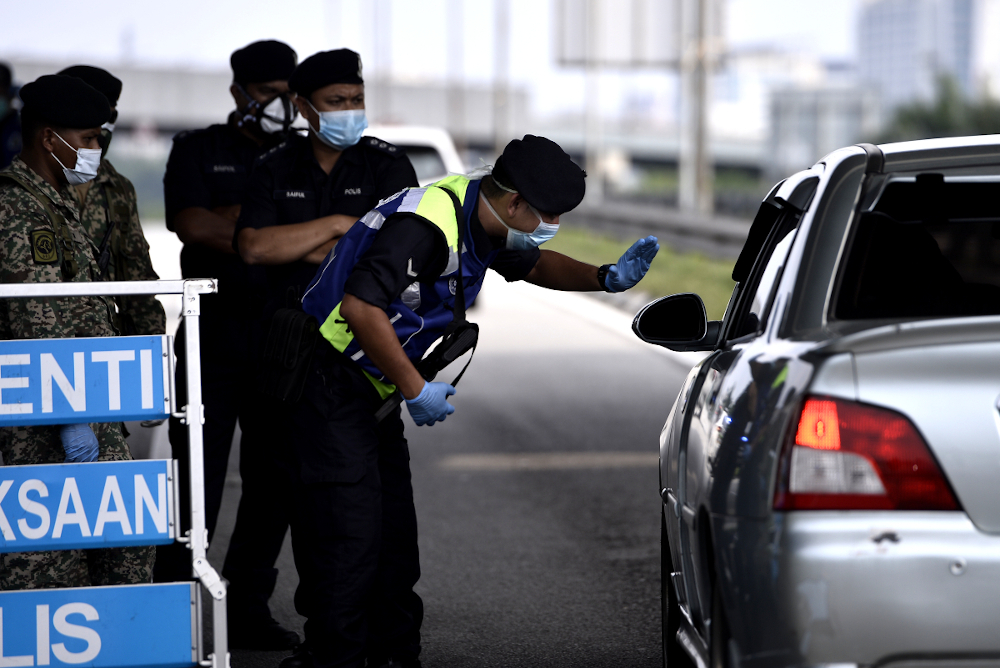 KUALA LUMPUR: What are your rights, as a civillian, if the police stop you during a roadblock?

“If a road user cannot produce their driving license but have their identity card on them, a summons can be issued. However, they cannot be arrested because this is not a crime that warrants an arrest - nor one that allows the officer in charge to ask for your phone number,“ said Prof Datuk Noor Aziah Mohd Awal, a law lecturer at Universiti Kebangsaan Malaysia.

She was speaking to Bernama about the recent case that went viral on social media. A Twitter user alleged that she was sexually harassed by a policeman when stopped during a roadblock at Jalan Duta on Feb 12.

In the Twitter thread, the user claimed that the policeman had accused her of not wearing a bra and threatened to slap her with a summons unless she could prove otherwise.

“After that he insists on exchanging contact (numbers) with me despite me telling him I’m uncomfortable,“ the Twitter user posted.

With over 300 roadblocks implemented nationwide under the second round of Movement Control Order (MCO), road users are now subjected to more road blocks than before. Despite this, many are still in the dark over their rights during such a situation.

“Note down where it happened, the name and identification number on their uniform and then quickly lodge a police report. Women must practice vigilance in whatever situation they are in and remember that sexual harassment can happen to anyone and anywhere,“ said Noor Aziah, who is also the Children’s Commissioner for the Human Rights Commission of Malaysia (SUHAKAM).

She said that if a policeman threatens arrest or demand “payment” in the form of sexual favours - including touching and looking - action could be taken against them under Section 509 or 354 of the Penal Code.

She called on the public to be aware of their rights during roadblocks and to promptly lodge a police report if they or someone they know were sexually harassed by enforcement personnel.

Noor Aziah said that the police have a standard operating procedure (SOP) for roadblocks during the MCO.

“The police are authorised to stop you and ask where you are going (during the MCO), and whether you are going on interdistrict or interstate travel. They are also authorised to check your driving license and identity card. Those travelling interstate need to produce a letter of authorisation issued by the police station near their homes. The police have the right to ask them to turn back if they fail to do so,“ she explained.

Noor Aziah reminded Malaysians to take the time to learn about their rights.

“We must always be wary of our basic rights to life, liberty and personal security. Authorities like the police need to respect these rights,“ she said.

However, she said, the Twitter user should not have posted her ordeal on social media and subjected the policeman to public judgement before the latter had a chance to defend himself. If the police was found guilty, the law would ensure that such abuse of power would not go unpunished. However, if she failed to produce enough evidence, she could face legal action.

“There is no such thing as absolute power. Everything is clearly explained in (Article 5) of the Federal Constitution. In performing our duties, we need to adhere to the law, work ethics and SOPs involved,“ she said. — Bernama

3.I will continue my responsibilities as MACC Chief - Azam