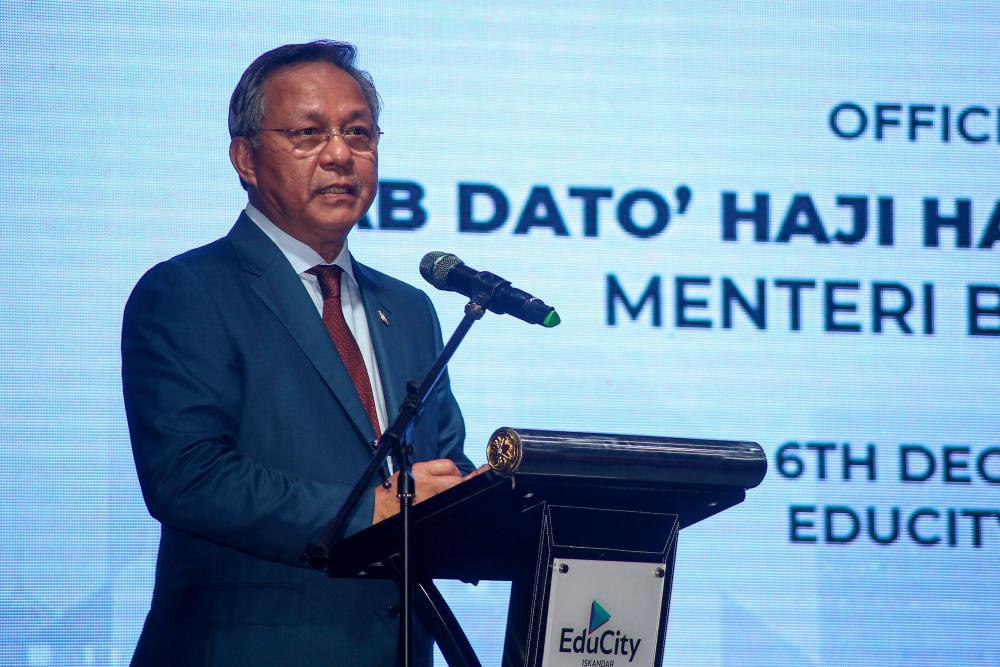 JOHOR BAHRU: Menteri Besar Datuk Hasni Mohammad(pix) has called on all media organisations and practitioners to become the Johor government’s strategic partners to jointly develop and revive the state's economy in the wake of the Covid-19 pandemic.

He said this was because the media, apart from its role as a communicator, disseminator of information and government policy, was one of the important components in the development of the people and the state, especially in realising the seven development initiatives (Tujuh Ikhtiar Makmur Johor).

“However, it does not mean the media practitioners should be afraid to criticise if the services provided by the state government to the people are not up to par.

“The state government is always open and welcomes views and ideas from all parties, including from media practitioners,” he said when officiating the Johor Media Club (KMJ) annual general meeting here, yesterday.

The text of his speech was read by state Education, Information, Heritage and Culture Committee chairman Mazlan Bujang.

Meanwhile, in the meeting, Mohamad Fauzi Ishak from Astro Awani retained his position as KMJ president for the sixth consecutive term, while Utusan Malaysia’s Raja Jaafar Raja Ali was appointed as its deputy president I and the Star’s Lauren Yee Xiang Yun, as deputy president II.-Bernama