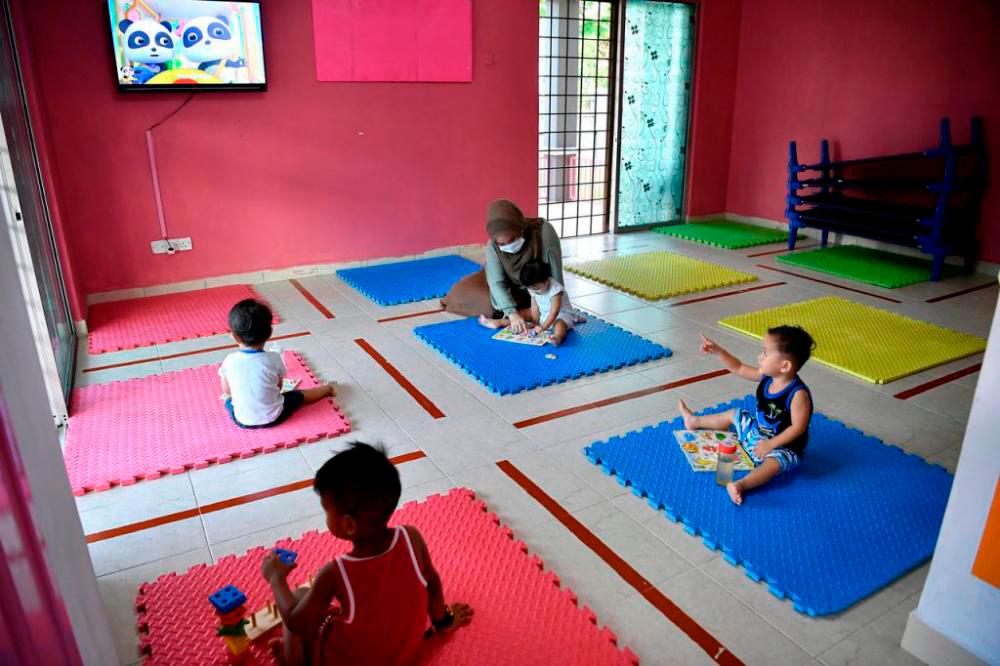 KUALA LUMPUR: The Federal Territory Health Department of Kuala Lumpur and Putrajaya (JKWPKL & P) recommends that nursery/kindergarten operators and babysitters conduct screening at the entrance gate to ensure that only children without symptoms of hand, foot and mouth disease (HFMD) are allowed to enter the premises and interact with other children.

Federal Territory Health director Dr Nor ’Aishah Abu Bakar said HFMD symptoms include ulcers in the mouth and rashes or blisters on the hands and feet.

“HFMD is contagious, especially among children if they have contact with children who have been infected, “ she said in a statement today.

Dr Nor’Aishah also advised parents or guardians of children with symptoms of HFMD not to take their children to public places including to nurseries/ kindergartens/ schools to prevent the infection from spreading.

“Take children with HFMD symptoms to the doctor immediately for treatment and advice. Those with symptoms need to use separate drinking and eating utensils and avoid sharing personal items with other children,” she said.

She said the public is also encouraged to continue practicing good personal hygiene by washing their hands with soap and water after going to the toilet, changing baby diapers, being in contact with a HFMD infected child and cleaning their stools.

In addition, she said disposable diapers must be disposed of properly and the floor of the house, especially the toilet, must be cleaned with a chlorine-based disinfectant.

Meanwhile, Dr Nor ‘Aishah said HFMD cases in Kuala Lumpur and Putrajaya continued to rise from mid-March this year until today and on the last day of the epidemiological week (ME) 20-2022 on May 21, a total of 6,197 HFMD cases were reported to JKWPKL & P .

The development showed a 14-fold increase compared to 403 cases recorded in the same ME in 2021.

Dr Nor’Aishah said the occurrence of HFMD cases is categorised as an outbreak when two or more cases occur in the same incubation period, and in the same locality.

She said JKWPKL & P is always monitoring the incidence of HFMD in Kuala Lumpur and Putrajaya in particular and taking control measures to prevent the spread of infections in the community.

The department also hoped that the community would always be on the lookout for symptoms of HFMD and make personal and environmental hygiene a priority.

For more informationn on HFMD cases visit the Ministry of Health (MOH) website at https://www.moh.gov.my.-Bernama