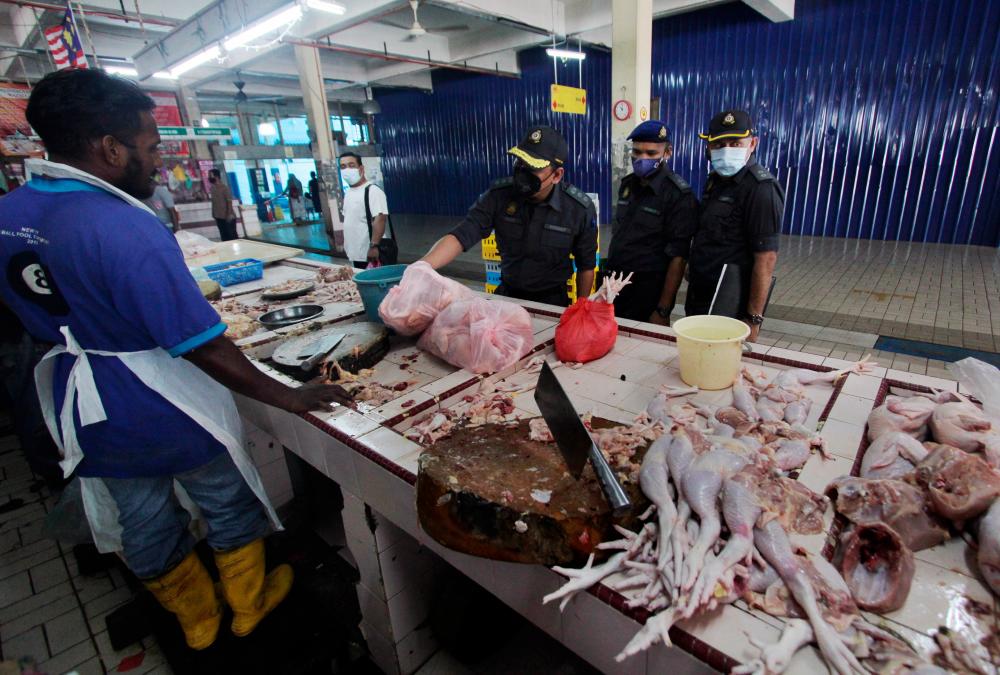 SHAH ALAM: The high demand for chicken during the festive season and the increase in the price of raw materials to produce chicken feed are among the factors that contribute to the shortage of the protein source in Selangor.

However, he said there have been no official reports on the matter.

“Following that a special meeting involving the departments and agencies under the State Agricultural Modernisation and Basic Industry Committee will be carried out tomorrow,” he said at the Aidilfitri open house for the Kota Anggerik state constituency, here today.

Izham said he had also asked the state Department of Veterinary Services (DVS) to contact all poultry suppliers and breeders in Selangor to check the status of the raw materials in the state.

Meanwhile, Izham said his office is also investigating whether Selangor is facing a shortage in the supply of imported chicken from Thailand and China which counts for about 60 per cent.

“The supply of chicken in Selangor before was not enough. Only 35 to 40 per cent are locally sourced while the rest are imported. We need to look at both sides,” he said.

Yesterday, the Chairman of the State Islamic Religious Affairs, Consumer Affairs and Halal Industry Committee Mohd Zawawi Ahmad Mughni said he will announce the latest developments on the issue of the alleged insufficient supply of chicken tomorrow (May 23).-Bernama