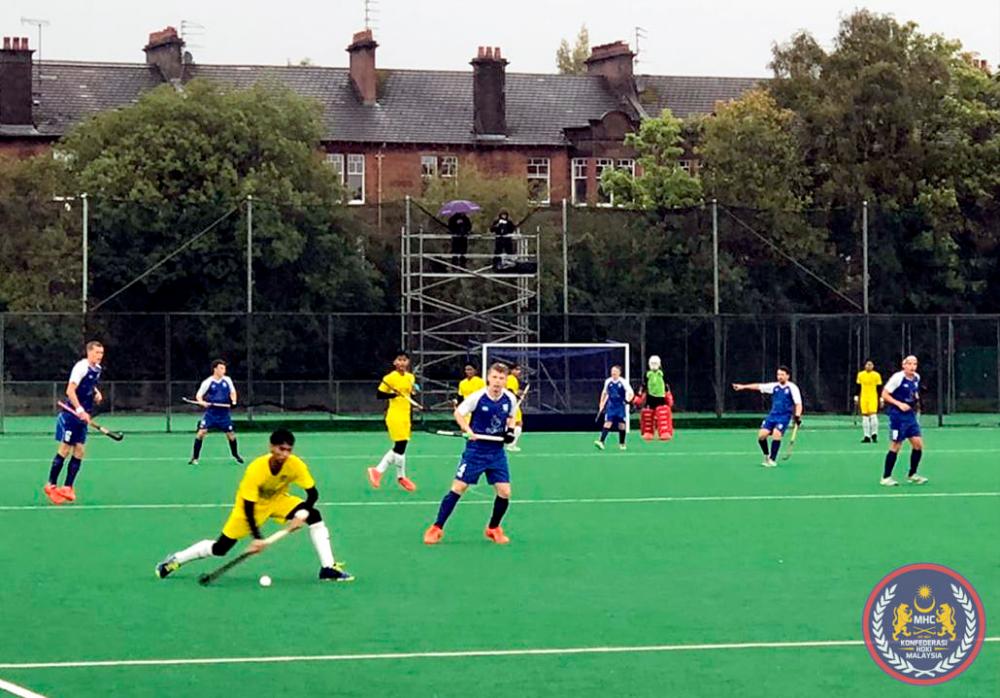 KUALA LUMPUR: Mohamad Akhimullah Anuar Esook emerged as Malaysia’s hero when he scored a field goal in the 59th minute to save the men’s hockey youth squad from losing to Scotland Under-23 in the Tour of the United Kingdom 2021 yesterday.

The 1-1 draw match results achieved by the National Men’s Special Project squad have attracted the attention of the head coach, Wallace Tan, who was impressed with his team’s unwavering spirit in finding the last-minute equaliser in the match held at Clydesdale Hockey and Cricket Club.

“In the match, we played well even though we were left behind 0-1. Until the last minute, the players continue to show their fighting spirit to find an equaliser.

“This is a good lesson for our team in yesterday’s match,” he said in a statement today.

In the match, Scotland scored the opening goal in the 10th minute through a penalty corner before Mohamad Akhimullah scored the equaliser.

The national junior squad will complete their last of eight matches in the United Kingdom and is scheduled to meet the Scotland Under-23 at 1.30 am (Malaysian time).-Bernama