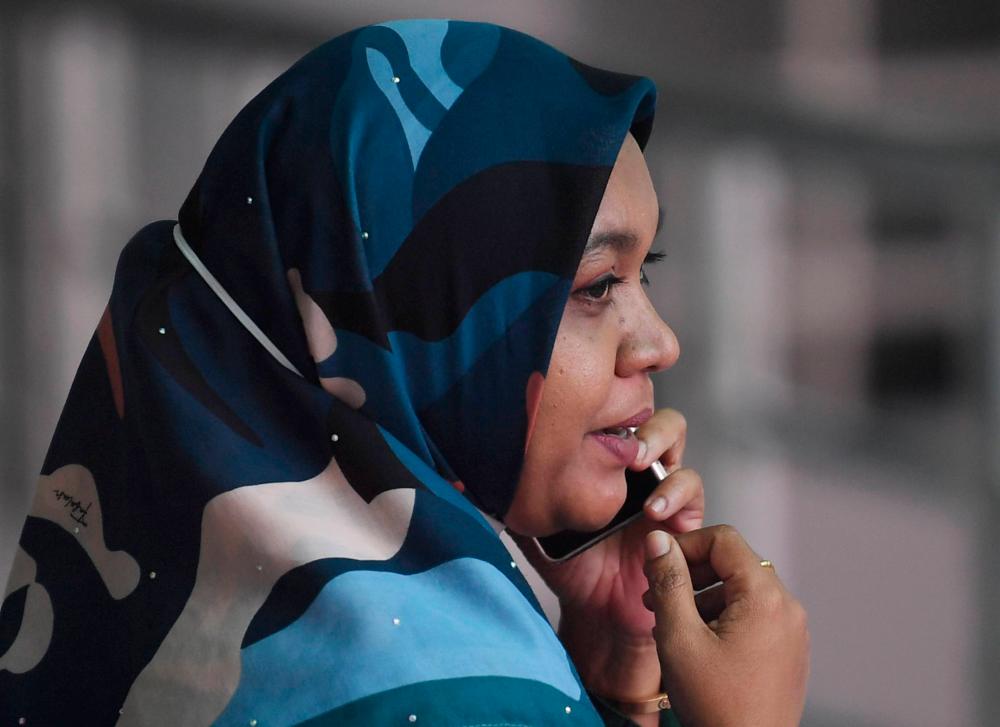 SHAH ALAM: A housewife pleaded not guilty in the Magistrate’s Court here today to a charge of lodging a false police report against an institution owned by a non-governmental organisation (NGO).

Zuraina Zamri (pix), 45, is alleged to have made the false written report to a policeman at the Taman Sri Muda police station in Section 25, Petaling, at 12.45 am on Aug 21 this year.

The charge, under Section 182 of the Penal Code, provides for a maximum jail term of six months or a fine of up to RM2,000, or both, upon conviction.

Deputy public prosecutor Elyza Amira Habeeb Rahman suggested bail at RM3,000 and asked for Zuraina to be prohibited from issuing media statements which could affect the proceedings.

Lawyer Datuk Wan Azmir Wan Majid, who was representing Zuraina, asked for a lower bail on grounds that his client was facing a charge for the first time and that the case of her 20-year-old son had gone viral on social media.

Magistrate Mohamad Redza Azhar Rezali allowed her bail of RM2,000 in one surety and ordered her to refrain from issuing media statements which could affect the case. He fixed mention for Nov 15 this year.

Meanwhile, Shah Alam district police chief ACP Mohd Iqbal Ibrahim, in a statement today, said the woman had lodged a report on Aug 21, alleging that her son who is a trainee at a madrasah had been beaten, punched and hit on the head by the warden, and that she wanted to take him out of the place.

Mohd Iqbal said following that, police found out that her son had been sent to the centre for four months to undergo a drug rehabilitation programme.

“On Aug 23, the complainant’s son lodged a police report that he was not beaten by the madrasah authority but two days later he made another report to say he was beaten.

“Further examinations conducted on the victim at Hospital Shah Alam showed that there were no injuries on him,” he said.