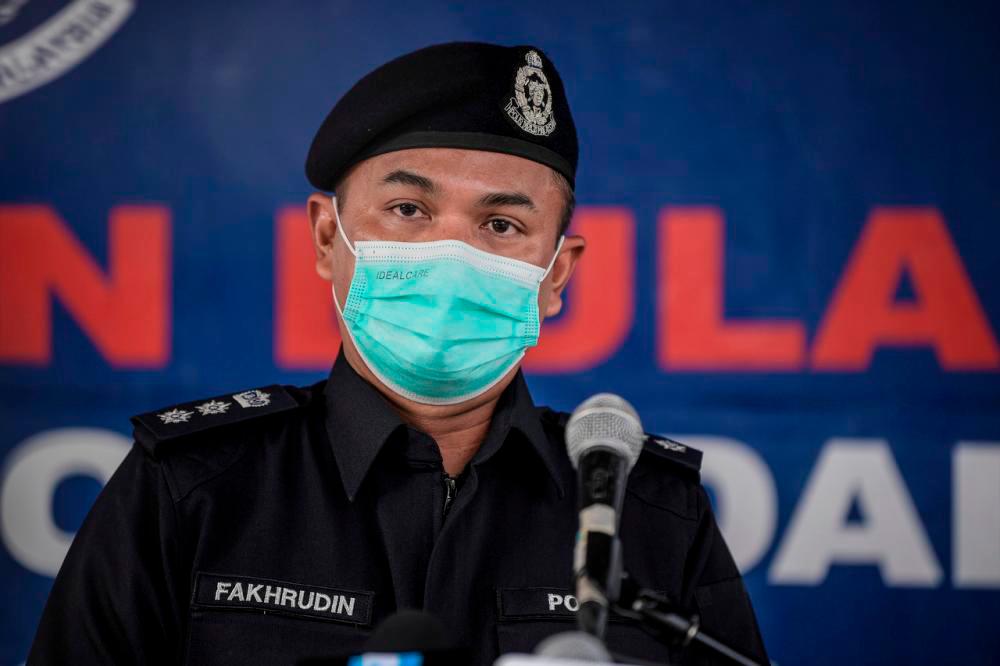 KUALA LUMPUR: Police rescued six foreign nationals comprising five women and one man believed to be victims of human trafficking following a raid at a serviced apartment in the city on Monday.

He said police mounted the raid following a report lodged by a local teenager on the same day at 12.20 pm involving her mother's female foreign worker who had been abducted by two local men and a foreign woman in a luxury car.

He said in a statement today, the complainant claimed that she and the victim were in the Damansara Utama vicinity when they were pulled into the car.

However, the complainant was later released not far from the location where they were grabbed.

Mohamad Fakhruddin said both the male suspects were detained at an entertainment outlet here at about 5.30 pm the same day, adding that the suspects then led police to the serviced apartment.

The victim was found along with four other women and a man aged between 20 and 40.

He said seven suspects, comprising five men and two women were arrested at the premises and remanded for five days.

They were being investigated under Section 365 of the Penal Code for kidnapping or abducting with intent to secretly and wrongfully confine a person, he said.

“Preliminary investigation revealed that one of the suspects is a foreign worker agent who had deceived the victims to work without pay,” he said.

He added that all the victims were locked up at the premises for several days and beaten and some of them were kept there for trying to run away from the employer.-Bernama