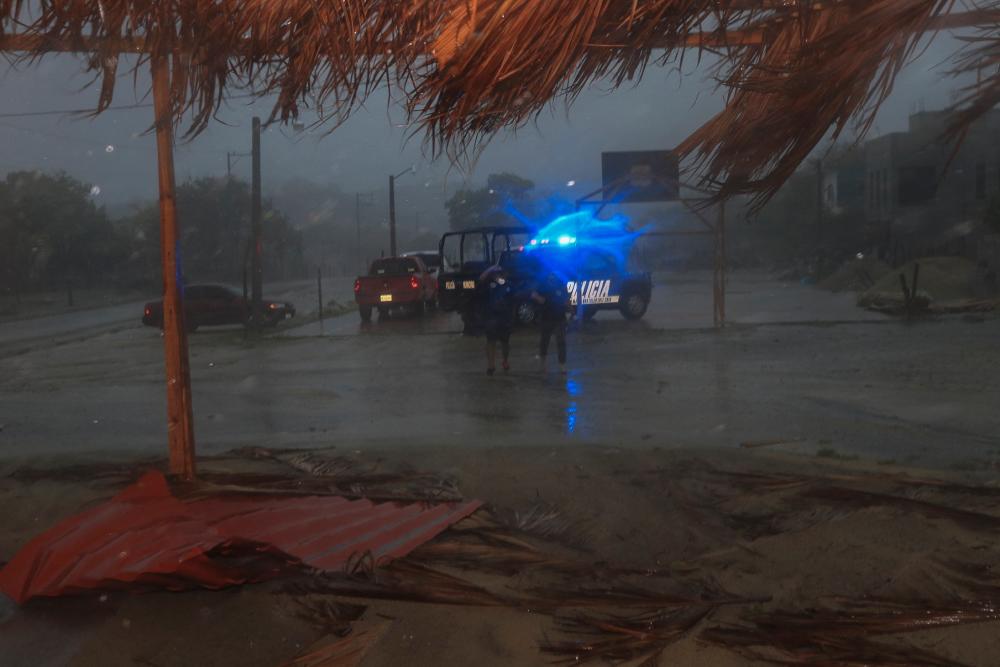 MEXICO: Hurricane Agatha, the first of the season, made landfall Monday near a string of beach resorts on Mexico’s Pacific Coast, where residents and tourists hunkered down in storm shelters.

The storm’s center touched land just west of Puerto Angel in the southern state of Oaxaca as a Category 2 hurricane -- the second weakest on a scale of five.

Agatha was packing maximum sustained winds of 165 kilometers (105 miles) per hour, according to the US National Hurricane Center (NHC).

“Since record keeping began in 1949, this is the strongest hurricane to make landfall in May along the Pacific coast of Mexico,“ the NHC tweeted.

“Rapid weakening is expected as the hurricane moves farther inland. Agatha is forecast to weaken to a tropical storm later tonight, and dissipate over southeastern Mexico by late Tuesday,“ an NHC bulletin said.

Residents along the coast had stocked up on food and water and boarded up windows of homes and businesses as Agatha approached.

Seaports in the area closed and airlines canceled flights to an international airport in Huatulco.

A hurricane warning was in effect for a stretch of coastline including Puerto Escondido and other surf towns popular with national and foreign tourists, leaving normally busy beaches deserted.

“Storm surge is expected to produce extremely dangerous coastal flooding” and will be accompanied by “large and destructive waves,“ the NHC warned.

“Agatha will produce heavy rains over portions of southern Mexico through Tuesday night,“ as well as “life-threatening surf and rip current conditions,“ it predicted.

In Oaxaca and neighboring Chiapas state, “life-threatening flash flooding and mudslides may occur,“ the NHC added.

The region is home to several major rivers and Mexico’s meteorological service warned of possible overflows and landslides.

Authorities opened around 200 storm shelters with room for up to 26,800 people, while hotels offered refuge to the estimated 5,200 national and foreign tourists in the danger zone.

“The shelters are already open and people are arriving,“ Roberto Castillo, a civil protection official in Huatulco, told AFP as the storm neared.

“Right now we are already on red alert. This is coming and it is coming strong,“ he added.

Mexico is regularly lashed by tropical storms on both its Pacific and Atlantic coasts, generally between the months of May and November.

The deadliest storm to hit Mexico last year was a Category 3 hurricane called Grace that killed 11 people in the eastern states of Veracruz and Puebla in August.-AFP 1.‘Big Brother is watching you’: AI and its impact on social media

4.Two children injured in attack near school in Germany