I paid RM19 mln to stop probe against Lim: Witness 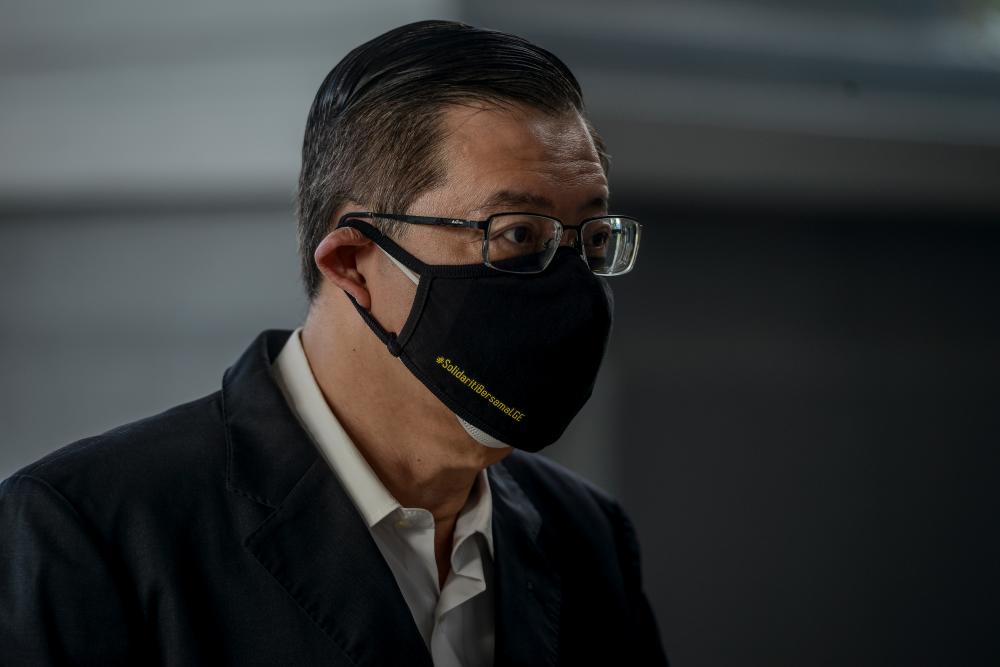 KUALA LUMPUR: A key witness in the trial of Lim Guan Eng(pix) told the Sessions Court today that he paid RM19 million to a middleman, who was allegedly close to former prime minister Datuk Seri Najib Razak, to stop a graft investigation by the Malaysian Anti-Corruption Commission (MACC) against the Bagan MP.

Consortium Zenith Construction Sdn Bhd (CZCSB) director Datuk Zarul Ahmad Mohd Zulkifli, 62, said he did so because he did not want to ‘bite the hands that feed him’, as Lim, who was then the Penang Chief Minister, had awarded him the RM6.34 billion Penang undersea tunnel project.

Under cross-examination by Lim’s counsel Gobind Singh Deo, Zarul admitted he was willing to protect Lim to the extent of bribing Najib to stop the probe against Lim on the controversial Penang undersea tunnel project.

The 23rd prosecution witness said he made the RM19 million payment through a businessman, G. Gnanaraja, who was allegedly close to Najib, to stop the particular graft investigation against Lim.

Further questioned by the counsel, Zarul, however, said, he was not sure whether the money had really reached Najib.

Gobind: Najib was the prime minister and head of Barisan Nasional (BN) in 2017. BN was the opposition party to the Penang state government.

Gobind: So you went to pay their (BN) boss to protect Lim?

Gobind said it was impossible and did not make sense for Zarul to pay Najib in order to protect Lim because according to the lawyer, if he (Zarul) wanted to protect Lim, the witness wouldn’t be paying Najib as he was Lim’s political rival.

Zarul replied that it made sense to him because at that time he was desperate to make sure Lim was protected and the BN government ‘wouldn’t do anything’ to Lim.

Gobind also suggested that Zarul was prepared to lie in order to protect himself from being prosecuted when making a press statement in 2018, where he said there were no elements of corruption in the undersea tunnel project as it was done legitimately.

Gobind: Your evidence in court yesterday that you lied in the press statement, in order to protect Lim, is not true.

Zarul: You have to look at it in the whole context. I was asked to make the whole statement. I am obligated.

Gobind: I put to you, you are certainly prepared to lie to protect yourself.

Zarul: I do not agree.

Lim, 61, is facing an amended charge of using his position as then Penang Chief Minister to solicit RM3.3 million in bribes as an inducement to assist Consortium Zenith BUCG Sdn Bhd (CZBUCG) owner Zarul to secure the project worth RM6,341,383,702.

In the second amended charge, Lim is accused of soliciting a bribe of 10 per cent of the profit from the company as gratification to secure the project.

Lim, a former DAP secretary-general, is facing another two charges of causing two plots of land worth RM208.8 million belonging to the Penang government to be disposed of to two companies linked to the state’s undersea tunnel project.

The trial before Judge Azura Alwi continues on Monday.-Bernama