I still have majority support, resignation does not arise: Muhyiddin (Updated) 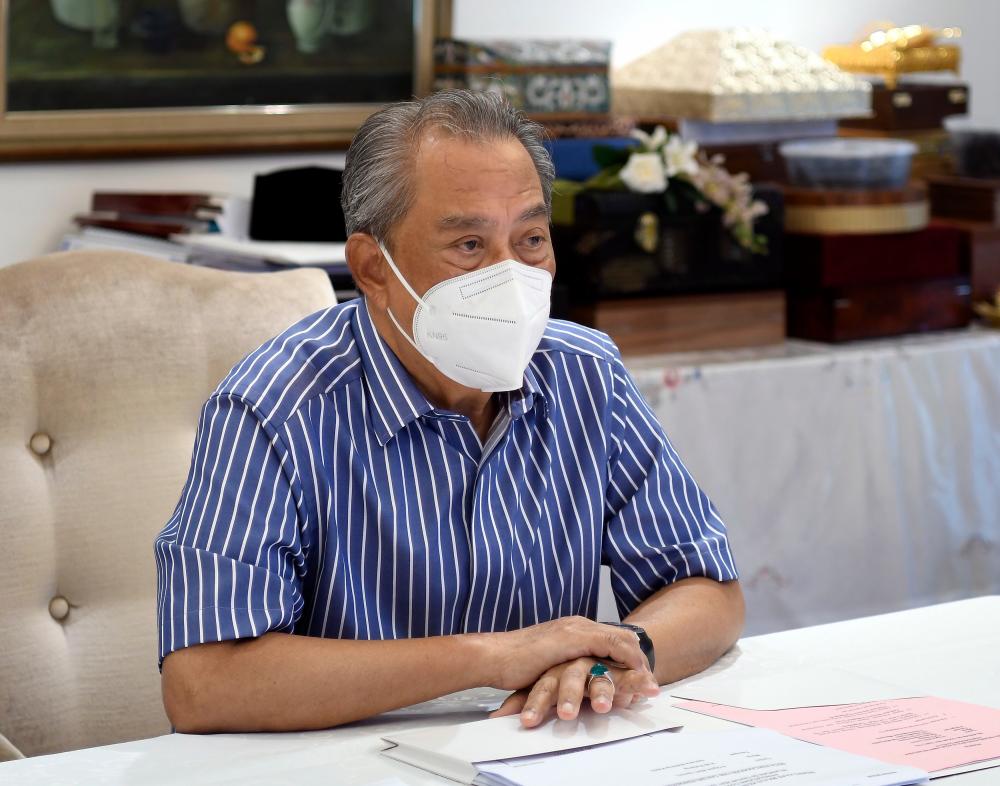 KUALA LUMPUR: Tan Sri Muhyiddin Yassin(pix) today stressed that he still has the support of the majority of Members of Parliament as the Prime Minister.

He said the matter was presented to Yang di-Pertuan Agong Al-Sultan Abdullah Ri’ayatuddin Al-Mustafa Billah Shah during his audience with the King at Istana Negara earlier today.

“Therefore, my resignation under Article 43 (4) of the Federal Constitution does not arise,” he said in a special announcement broadcast live on local television channels today.

Article 43 (4) of the Federal Constitution stipulates that if the Prime Minister ceases to command the confidence of the majority of the members of the House of Representative, then, unless at his request the Yang di-Pertuan Agong dissolves Parliament, the Prime Minister shall tender the resignation of the Cabinet.

Muhyiddin said he was aware of his status as the Prime Minister being repeatedly questioned.

Hence, he said he had informed Yang di-Pertuan Agong that he would prove his legitimacy as the Prime Minister in Parliament.

“A motion of confidence for me will be tabled in the Dewan Rakyat when it sits in September.

“Through this (motion), the legitimacy of my status as the Prime Minister and Perikatan Nasional as the ruling government will be ascertained according to the law and the Constitution,” he said.

The Prime Minister said he was also grateful that all his suggestions had received the consent of the Agong.

He said his Cabinet and all government machinery will continue to function to discharge their duties for the people and the country, especially in handling the Covid-19 pandemic.

At the beginning of the announcement, Muhyiddin also offered his apology to the people for all the political disputes taking place while the country is facing the challenge of Covid-19.

He said that was why he had to make the announcement to explain the status of the Perikatan Nasional government and his legitimacy as the Prime Minister.

Work order for Jendela projects to be issued next week - Annuar

Johor, Terengganu to head to Phase Four of PPN on Oct 25 - Ismail Sabri

2.Moon's push for military independence may echo far beyond his presidency

3.Work order for Jendela projects to be issued next week - Annuar

5.Johor, Terengganu to head to Phase Four of PPN on Oct 25 - Ismail Sabri