Important to have media free to report the truth: Gobind 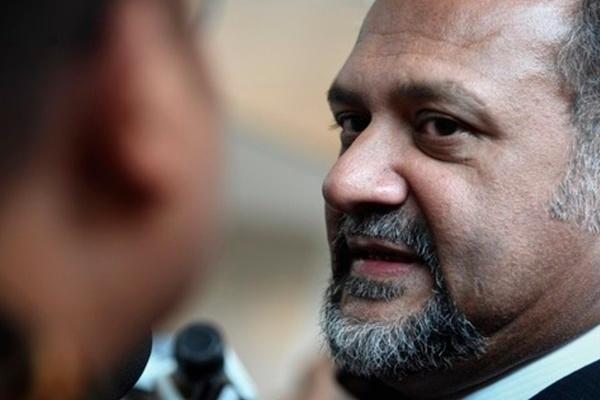 KUALA LUMPUR: Communications and Multimedia Minister Gobind Singh Deo (pix) today spoke of the importance of having media that is free to report the truth, “even if it may be in the form of criticism of the government”.

He said the media also helps to create and maintain connections between various groups in society.

“It socialises and educates us, and ‘guides’ us towards accepting certain ideas or perspectives and, of course, it entertains us by tailoring over-the-top (OTT) content to our requirement and preferences,” he said in his opening speech at the UNESCO Open Talks@KL 2019 in conjunction with the International Day on Universal Access to Information, here.

Gobind described the media as an influential force in democracies, saying it is referred to as the ‘fourth estate’ for good reason.

“It is important that the independence of the media is not hindered. However, there is increasingly a critical need for the media to act responsibly. The media should not allow itself to be compromised or intimidated in any way,” he said.

Gobind said the Pakatan Harapan (PH) coalition, when it came to power last year, pledged to review, repeal and abolish laws and provisions deemed oppressive and that were subject to abuse of power.

“These laws include those that curtail freedom of expression and human rights,” he said.

Gobind said the imminent implementation of the Malaysian Media Council is another progressive and welcome move for media freedom.

He said the council will act as a self-regulatory body that will set the standards for the media community to build and maintain trust in the industry, as well as act as an arbitration body between the public and the media in the interests of all Malaysians.

“This is to ensure that as this country progresses towards developed nation status, there are checks and balances of the government by a free media in an atmosphere of transparency and accountability,” he said.

Gobind also said that the rise of online news portals (official and otherwise) and citizen journalism has made journalism truly mainstream, and not strictly within the control of a few powerful entities.

“The speed at which news unfolds today presents new complexities which call for attention and out-of-the-box solutions,” he said.

Gobind said that while giving the people a platform to voice their opinions is certainly a positive development, it does come with its fair share of challenges.

“As we grapple with these new challenges, such as the prevalence of false news, half-truths, misinformation and disinformation, we find the need to be vigilant and responsive to be a top priority for most organisations, governments and society at large,” he said.

He said the penetration of social media and messaging applications today enable such information to spread much faster and wider - making these platforms the public’s source of primary information.

However, he said, these platforms are fast becoming a place for manipulation of truth and the influencing of public opinion.

“It is against this backdrop and in this context that we need to look at media freedom today in a very different light,” he said.

Gobind said that as a government that respects and promotes freedom of information and expression, “we not only expect high standards from all stakeholders but it must come with a heavy responsibility to propagate credible news and information”.

“This credibility is much needed in order for us to build honest and truthful journalism which inspires trust - a most important benchmark in the media industry today and the future,” he said.

In relating to the Open Talks@KL 2019 theme ‘Access to Information – Leaving No One Behind!’ he said freedom of expression cannot be exercised effectively and may not bring any benefit to society if they do not have adequate access to information.

He also said that making information more accessible to less privileged communities has the potential to significantly improve their lives, allowing them to enhance their social and economic integration in communities by enlarging the scope of activities available to them.

He said telcos have also reduced the prices of mobile data plans for the disabled community in line with the government’s effort to be more inclusive and pluralistic. — Bernama