India's Modi tells Putin now is 'not a time for war' 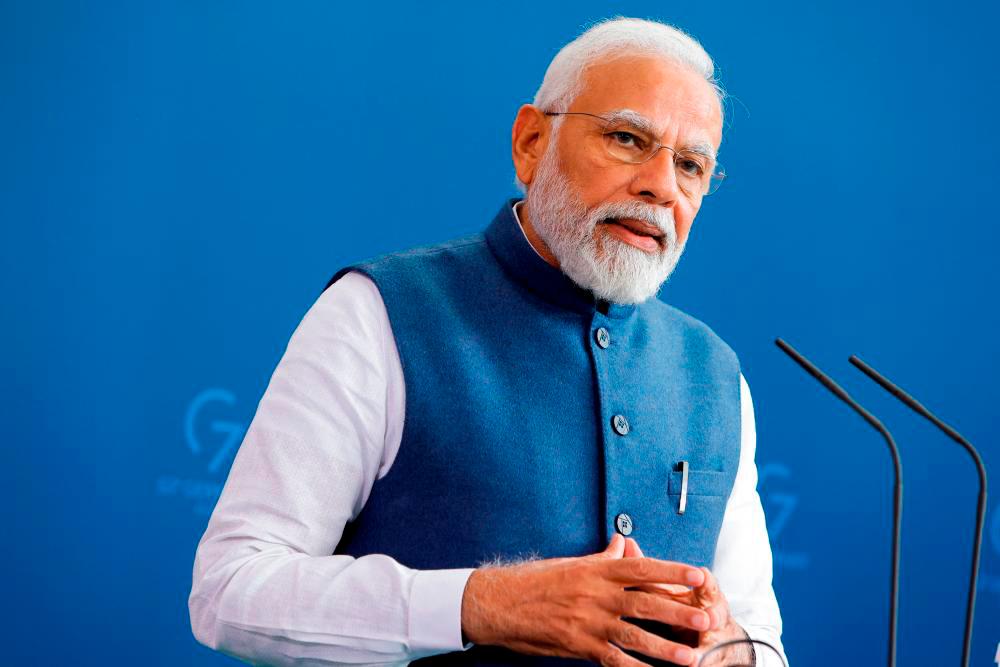 SAMARKAND: Indian Prime Minister Narendra Modi (pix) told Russian President Vladimir Putin that now was “not a time for war” on Friday on the sidelines of a regional summit, television images showed.

New Delhi and Moscow have longstanding ties dating back to the Cold War, and Russia remains by far India's biggest arms supplier.

But in their first face-to-face meeting since Moscow’s forces invaded Ukraine in February, Modi told Putin: “Excellency, I know today’s time is not a time for war.”

India has shied away from explicitly condemning Russia for the invasion, which sent the price of oil and other commodities soaring.

But he stressed the importance of “democracy and diplomacy and dialogue” in the meeting on the sidelines of the Shanghai Cooperation Organisation summit in the Uzbek city of Samarkand, footage showed on Indian public service broadcaster Doordashan.

They would discuss “how to move forward on the path of peace”, Modi added.

The comments from the Indian leader came just a day after Putin acknowledged that China -- Russia’s key ally -- had “concerns” over the conflict in Ukraine.-AFP