Individuals with disabilities continue to face discrimination in job market 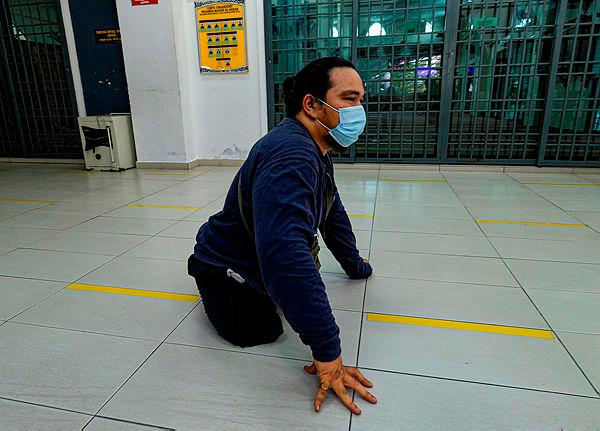 PETALING JAYA: Ramesh Subramaniam tried for two years before he finally landed a job as an administrative executive at Kone Elevator Sdn Bhd, and it was not for a lack of capabilities.

Ramesh, 30, has the misfortune of being born with a spinal deformity, making him unable to walk unaided most of his life.

“It’s just one of many difficulties I’ve encountered all my life,” he told theSun.

Ramesh is not alone. People with disabilities (PWD) have always had a difficult time getting a job.

Apart from their physical setbacks, employing them also means higher costs for employers. “A company will have to invest in disabled-friendly facilities, and that is not cheap,” said Malaysian Employers Federation president Datuk Shamsuddin Bardan.

Industries that require workers to engage largely in physical labour, such as the timber and construction sectors, generally do not employ PWD, he added.

Shamsuddin said PWD are also “heavy users” of healthcare facilities and more often than not, they draw negative feedback from customers and colleagues who have to deal with them.

Businesses are encouraged to employ PWD. There is even a policy for that, but the government has set the bar very low.

Under the policy, implemented in 2010, companies are required to ensure that at least 1% of their workforce is made up of PWD. Companies that employ PWD also get double tax deductions.

Unfortunately, this has done little to boost the employment rate of PWD.

According to the Malaysian Information Network on Disability, the retail, food and beverage, hospitality and technology sectors are most receptive to employing PWD.

Some companies also employ PWD to boost their brand image and to gain favour with stakeholders, he added.

Companies that have stepped up include retail giants such as AEON Group and Mydin, food and beverage chains such as Starbucks and McDonald’s, as well as hospitality players Royale Chulan Bukit Bintang and Klana Resort Seremban.

While PWD can boost their chances of getting a job by attending employment fairs, the general view is that it is best for them to improve their digital skills so they can be self-employed.

But for those like Ramesh, who have little to no financial resources to strike out on their own, getting a job is the only way to go.

But for people like him, the challenges go beyond the difficulties they face in getting a job.