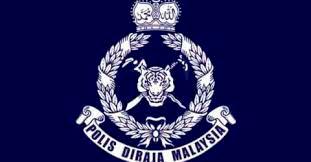 GEORGE TOWN: An Indonesian woman was found dead in a pool of blood with a slash wound to the neck and other parts of her body in a house in Sri Nipah, Sungai Nibong here last night.

Timur Laut district police chief, ACP Soffian Santong said the body of the 45-year-old woman was found at about 11.30 pm by two Bangladeshi men who were renting the house.

“The house is rented by three Bangladeshi men. One is now missing, believed to have run away. Both his roommates claimed to have heard an argument in the rented house before leaving for work early yesterday morning.

“When they returned from work that night, they found the body of the woman in one of the rooms and immediately alerted the police,” he told reporters here today.

Soffian said police found two knives, believed to be the murder weapon used by the suspect, near the body.

The body was taken to the Penang Hospital for post mortem.

He said the two men who rented the house had been detained to assist in the investigation, while efforts were being done to track down the one who escaped.

The case is being investigated under Section 302 of the Penal Code for murder.-Bernama