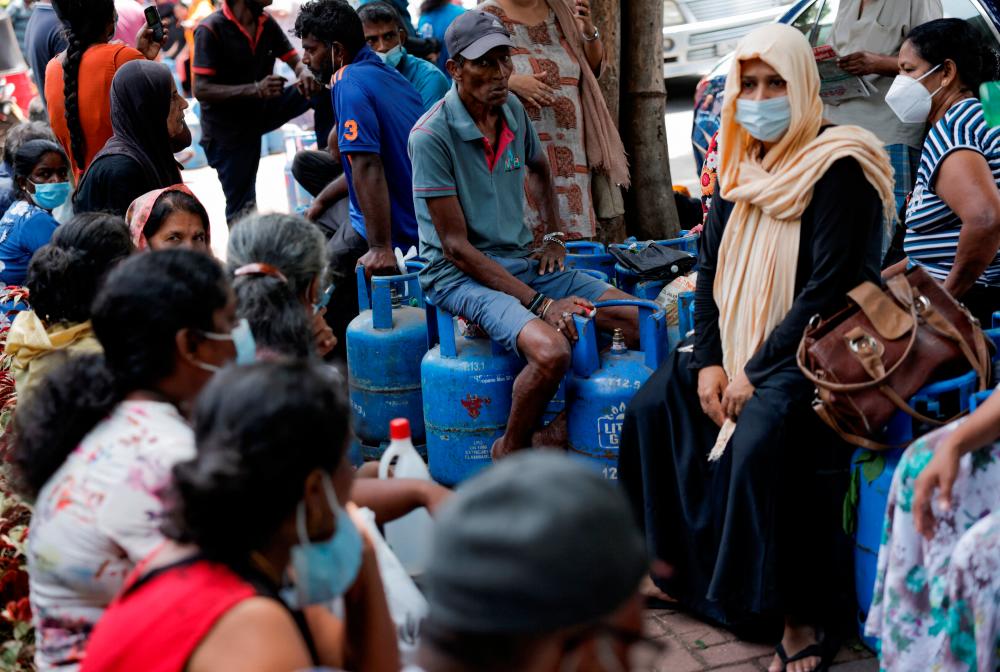 People wait in a line to buy domestic gas tanks near a distributor, amid the country’s economic crisis, in Colombo, Sri Lanka/REUTERSPix

Annual food inflation stood at 45.1 percent, according to the latest data released by the Department of Census and Statistics.

Hammered by a foreign exchange crisis, the country’s 22 million people have been enduring acute shortages of essentials -- including food and medicines -- for months.

Protests are continuing outside President Gotabaya Rajapaksa’s office demanding his resignation over the unprecedented economic turmoil.

Inflation is likely to rise further in May as fuel price hikes of 35 percent for petrol and 65 percent for diesel -- commonly used in public transport -- feed into the wider economy.

Sri Lanka asked the International Monetary Fund last month for emergency assistance. The country has defaulted on its $51 billion external debt and is seeking international aid to revive the bankrupt economy.

The economy has collapsed since the onset of the coronavirus pandemic, with a nosedive in tourism revenues and foreign worker remittances.-AFP 1.Ukraine’s Zelensky accuses Russia of ‘terror’ as missiles rain down