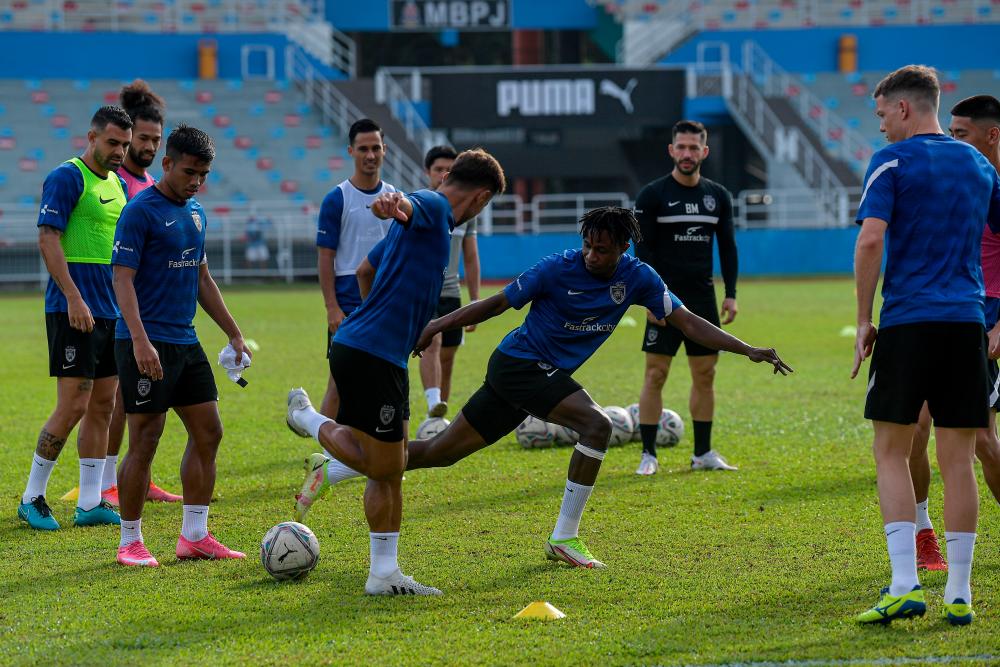 KUALA LUMPUR: Can Kuala Lumpur (KL) City FC pull off an upset or will Johor Darul Ta'zim (JDT) continue to reign supreme when the two teams meet in the final of the Malaysia Cup at the National Stadium in Bukit Jalil at 9 pm tomorrow?

Whoever wins, one thing is for sure. Supporters of both sides can expect an intriguing showdown when the teams go toe-to-toe in the finale of the prestigious tournament, which is celebrating its 100th anniversary.

Both teams have been unbeaten in their last 10 matches in the Malaysia Cup, starting from the group stages to the semi-finals, but something's got to give tomorrow.

And, according to statistics, the Southern Tigers have a higher win rate of 80 per cent in the Malaysia Cup, besides having scored 19 goals and boasting the best defensive record of having conceded just twice.

KL City, meanwhile, have scored 17 goals and let in six for a 60 per cent win rate. But the fact remains that no team have managed to beat the City Boys in the capital in any competition this season, with even JDT having to return home with a share of the spoils after drawing 1-1 with KL City in a Super League tie back in April.

However, when KL City, who are coached by Bojan Hodak, went to the Sultan Ibrahim Stadium in Iskandar Puteri, they fell 1-2 to the Southern Tigers, with Nik Mohd Shahrul Azim Abdul Halim’s own goal proving to be KL's undoing.

Even their head-to-head record favours JDT, who have won four out of their last five encounters - all involving Super League matches.

But if there is one positive that KL City can take heart from is that they have one of the hottest strikers in the Malaysia League (M-League) in Colombian Romel Morales, who has notched 10 goals in the Malaysia Cup competition - three more than JDT hitman Bergson da Silva.

But then Bergson has been in prolific form of late too, having scored three goals in both legs of the semi-finals against Terengganu FC (TFC) to stay in the hunt for the Malaysia Cup Golden Boot award.

“On paper, certainly JDT have the upper hand and we already know the quality of each of their player. But I believe that KL City can give JDT a run for their money in the final,” national team head coach Tan Cheng Hoe.

“As a coach, I too want to see a good performance and an entertaining match, more so since this final is the culmination of the 100th anniversary of the Malaysia Cup competition. So, for me, whoever play well deserve to be the champions,” said the 53-year-old coach.

Cheng Hoe certainly knows what it takes to achieve success in the prestigious tournament, having won as a coach and a player.

Not only was he the coach who guided the Red Eagles to Malaysia Cup victory in 2016, he also tasted success in the tournament several times as a Kedah player during the 90s.

For the record, this is the first time KL City and JDT are meeting in the Malaysia Cup final after the privatisation of Malaysia League (M-League) clubs, although the Johor FA did beat Kuala Lumpur FA to lift the Malaysia Cup in 1985.

JDT have won the Malaysia Cup twice - in 2017 and 2019 - since the club’s formation in 2013 while this is KL City FC’s first appearance in the final since being formed last year.

The Kuala Lumpur FA managed to bag a hat-trick of Malaysia Cup wins from 1987 to 1989, defeating Kedah on all three occasions.

Last year’s Malaysia Cup competition had to be cancelled when it entered the knockout stages due to uncertainties caused by the Covid-19 pandemic.-Bernama