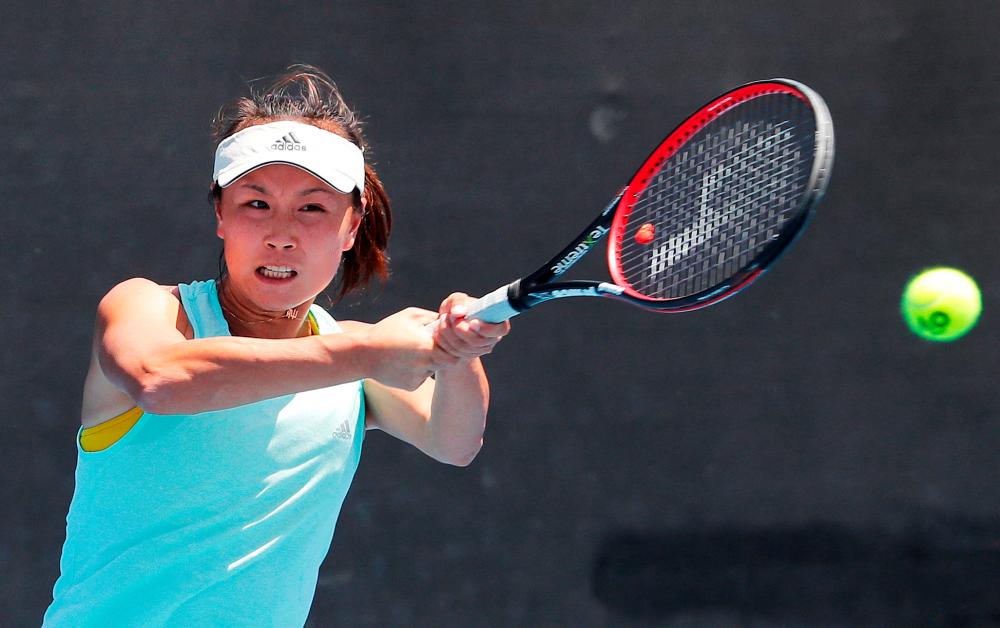 BEIJING: The International Olympic Committee said on Thursday that it has spoken with Chinese tennis player Peng Shuai(pix) again and plans to meet her in Beijing during next month’s Winter Games.

Peng, a former world number one in doubles, has been the subject of worldwide concern since alleging in November that she had been “forced” into sex by former vice-premier Zhang Gaoli during an on-off relationship.

Beijing’s censors swiftly scrubbed the allegation from China’s tightly controlled Internet and the 36-year-old was not seen in public for nearly three weeks.

Zhang has not commented on the allegations while Peng has since made brief appearances that have been widely pushed by Chinese state media reporters as proof of her freedom and well-being.

In one brief video conversation with a Singaporean newspaper she said she had never claimed anyone sexually assaulted her.

An IOC spokesperson said in a statement to AFP that the Olympic body had “kept in touch with (Peng) and had a number of conversations with her” since an initial call in November, with the most recent communication coming “just the past week”.

Peng told the IOC she was “looking forward to the upcoming Olympic Winter Games Beijing 2022 and intends to follow the competitions and her fellow Chinese Olympians closely”, according to the statement.

She reiterated that she was “looking forward” to meeting IOC president Thomas Bach and chair of the IOC athletes’ commission Emma Terho during the Games, the statement said.

Bach spoke with Peng by video call last November with the IOC releasing a statement saying the tennis star was “safe and well”.

That led to accusations that Bach was acting to protect the Olympic hosts.

Bach is currently in Beijing and met President Xi Jinping earlier in the week.

International fears that Peng may not be free have persisted despite her public reappearances, with some fans at the Australian Open recently donning T-shirts bearing the slogan “Where is Peng Shuai?”

The tournament sparked a backlash last weekend when video emerged of security staff ordering spectators to remove the shirts and a banner in support of Peng -- prompting tennis legend Martina Navratilova to brand the move “pathetic”.

On Tuesday, tournament chief Craig Tiley said fans could wear the T-shirts as long as they did so peacefully.

The Women’s Tennis Association (WTA) suspended its tournaments in China in the wake of Peng’s allegations saying they were not yet convinced that she was free to speak freely.

China has not commented directly on Peng’s initial social media post, but has said it opposes the “politicisation of sports”.

Beijing will host the Olympics on February 4-20.-AFP