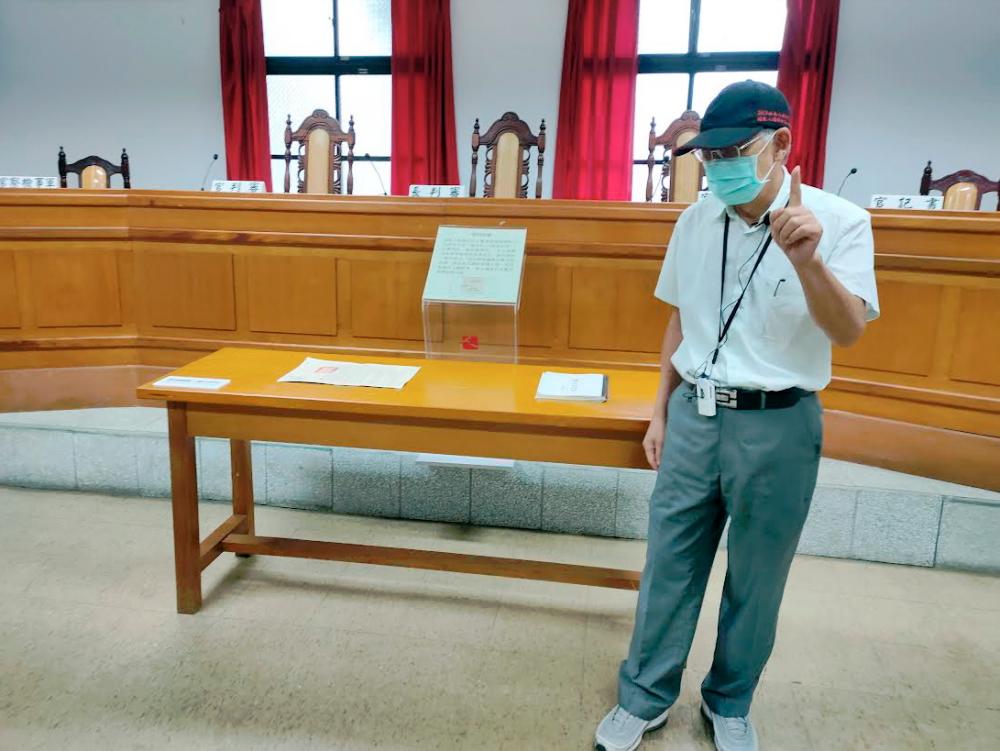 But three years later, he found himself incarcerated in prison and tortured repeatedly for a crime he did not commit and was never charged with. This is his story as told to theSun during a visit to that country.

Now 73, Chin’s nightmare began when he was arrested upon returning to his rented room. Approached by a man, the 21-year-old was asked if he knew a student by the name of Chin Him-San.

The man told Chin a Malaysian relative of his had arrived in Taipei, but could not travel to see him.

“I didn’t suspect anything, but after getting into his car, my fate was sealed for the next 12 years,” Chin said.

The man, a Kuomintang (KMT) secret police officer, drove him to Taipei where he was locked in a house for the night. The next day, three men questioned Chin and ordered him to confess to bombing the US Information Service library, which occurred months earlier.

“As I was beaten repeatedly and in much pain, I just wanted to write anything to stop the torture I was experiencing, but I had no facts. One day, another officer instructed me on what to write.

“He shouted: ‘You write down how you planned this.’ Because I frequented the library often and was familiar with its design, I used my imagination to make up a story of how I executed the job and where I had placed the time bomb. They were still dissatisfied and kept accusing me of lying,” Chin said.

Worn out and mentally broken, he attempted to kill himself three times. After what seemed like forever, another man visited Chin and informed him that they had caught the real culprit.

“He told me that someone else had confessed to the bombing and that I could return to university, which wasn’t true. Instead, I was taken to another division and was again beaten. I was forced to pen a confession in which I admitted to being a member of the Communist Party of Malaya who was sent to Taiwan to overthrow the KMT government.

With Chin’s forced confession, he was sentenced to death without a trial. But due to international pressure, it was commuted to 12 years’ imprisonment.

He spent two years in the Jingmei Detention Centre, eight years at Oasis Villa on Green Island, and two years in the Ren Ai Education and Training Centre. Until today, Chin said he has never been charged with any crime.

Tears welled as he spoke of his mother, who visited him at Green Island prison.

“I didn’t know what to say to her. I tried my best not to cry as I wanted to talk. But throughout the eight-minute visit, all we did was look into each other’s eyes and not say a word. We could only ‘feel’ each other by placing our palms together, separated by a pane of glass. She asked me in Cantonese if I was okay, but the guard ordered us to speak only in Mandarin.”

He promised his mother to keep fighting no matter what.

“It broke my heart when she left, and I would have traded anything for a few more minutes with her.”

Chin was released in 1983 without a passport or identification card.

Because he is a former political prisoner, the KMT continued to harass him. Employers often let him go upon learning about his criminal record.

But his fortunes got better when he acquired a Republic of China identification card in 1985. He also fell in love with a Taiwanese woman and returned to Malaysia with her three years later.

However, after several months, he found his native country had changed and decided to return to Taiwan. The couple married shortly after and started a family.

Chin spent the 1990s and 2000s focusing on work in international trade. In 2009, he was contacted to convey an account of his persecution.

While it initially reopened old wounds, telling his life’s story eventually served as a form of therapy.

Since then, Chin has been active as a witness working towards transitional justice in Taiwan. He is just one of 140,000 people who were tortured and imprisoned during the “White Terror” period between 1949 and 1992.

Officially, about 4,000 died, not including those in extrajudicial executions involving between 18,000 and 28,000 victims.