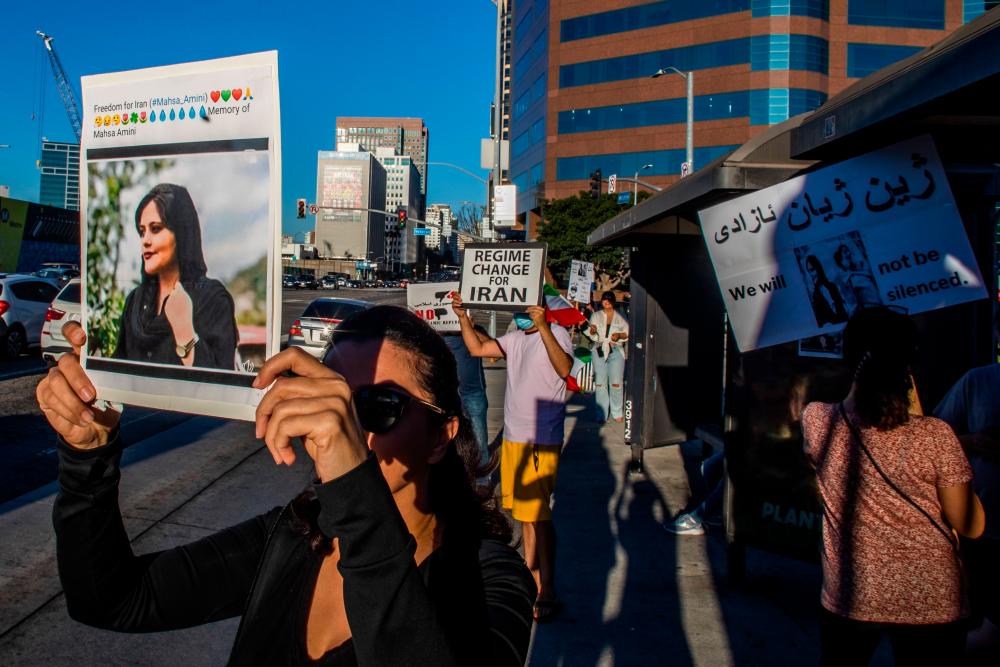 PARIS: Iranian security forces have arrested one of Iran's most prominent civil society activists and a journalist who played a key role in exposing the case of Mahsa Amini that sparked nationwide protests, reports said Friday.

The arrests come as protests intensify over Amini, who was pronounced dead on September 16 three days after being arrested by Tehran morality police, with activists saying at least 36 civilians have been killed in a police crackdown.

Majid Tavakoli, an activist who has been repeatedly imprisoned in Iran in recent years including after disputed 2009 elections, was arrested overnight at his home, his brother Mohsen wrote on Twitter.

Another prominent activist still based in Iran, Hossein Ronaghi, was giving an interview to London-based channel Iran International when security agents came to his home, the channel said.

A video published by the channel shows Ronaghi looking anxious but insisting the interview carried on.

It said the activist, who campaigns for freedom of expression, and contributes to the Washington Post, managed to escape arrest by slipping out via his building's car park and later issued a video message from an undisclosed location.

Meanwhile Nilufar Hamedi, a Tehran journalist who went to the hospital where Amini lay in a coma and helped expose the case to the world, has been arrested, the Shargh daily newspaper, for which she works, wrote on Telegram.

“Iranian authorities must immediately release all journalists arrested because of their coverage of Mahsa Amini’s death and the protests that have followed,“ said CPJ’s Middle East and North Africa program coordinator, Sherif Mansour.

Activists had accused the Iranian authorities of being in the throes of a crackdown even before the protests began, with two of the country's most acclaimed filmmakers Jafar Panahi and Mohammad Rasoulof both arrested.-AFP