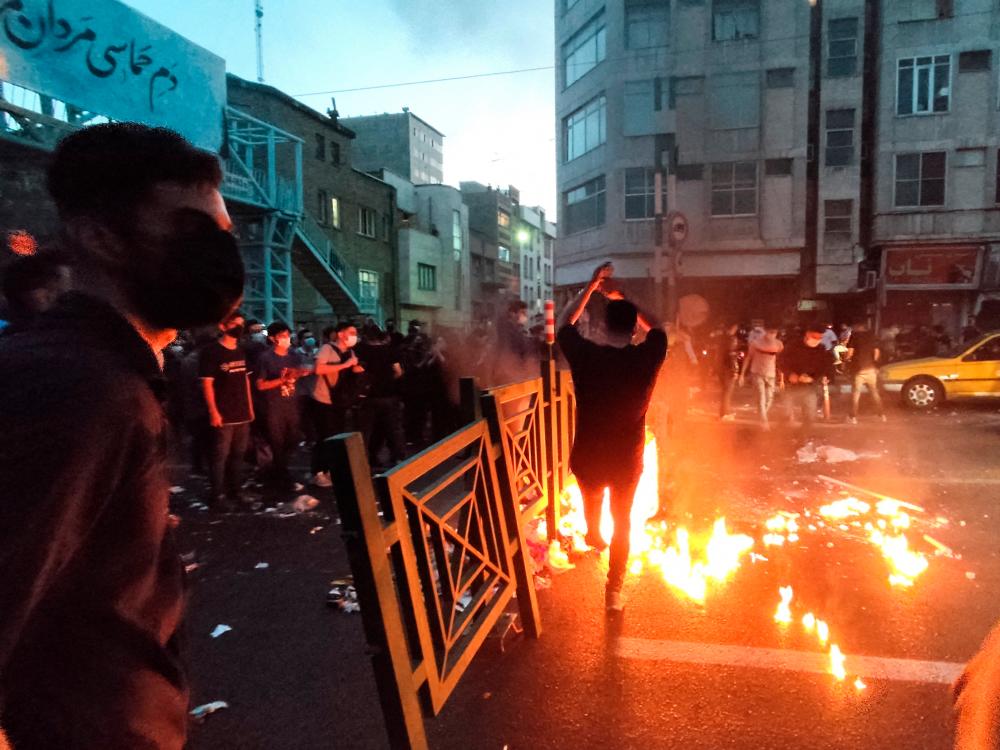 People light a fire during a protest over the death of Mahsa Amini, a woman who died after being arrested by the Islamic republic’s “morality police”, in Tehran, Iran/REUTESPix

TEHRAN: Iran blocked access to Instagram and WhatsApp and imposed drastic restrictions on internet access Thursday as the official death toll from six nights of protests rose to nine.

“In accordance with a decision by officials, it has no longer been possible to access Instagram in Iran since yesterday (Wednesday) evening and access to WhatsApp is also disrupted,“ the semi-official Fars news agency reported.

The two apps were the most widely used in Iran after the blocking of other platforms in recent years, including Facebook, Twitter, Telegram, YouTube and Tiktok.

Connections have slowed significantly since protests erupted following the government's announcement of the death of Mahsa Amini in morality police custody last week.-AFP