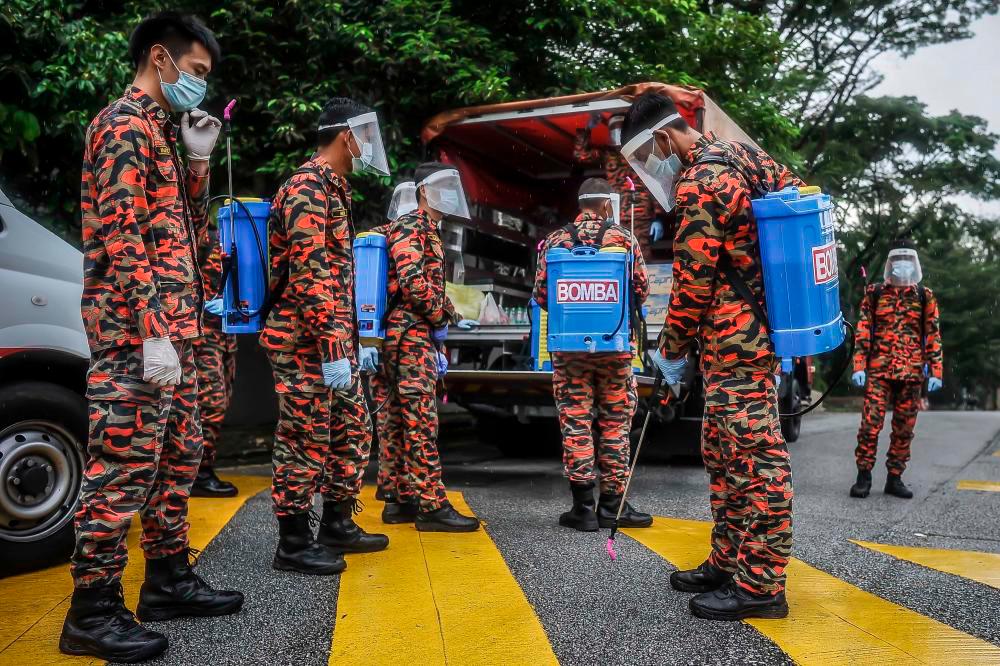 ALOR GAJAH: The Fire and Rescue Department of Malaysia (JBPM), Melaka took more than nine hours to clean up a chemical spill weighing 43.1 tonnes after a trailer skidded at KM 215.6 of the North-South Expressway northbound early this morning.

Melaka JBPM Hazardous Materials Unit (Hazmat) operations commander, Fire Superintendent Zulkhairani Ramli said they received a report on the incident at about 2.56 am.

“A total of 14 members from the Alor Gajah and Ayer Keroh Fire and Rescue Stations including the Hazmat team were sent to the location and found a trailer carrying a load of solid scheduled waste, namely copper and aluminium powder, skidded onto the roadside.

“The 29-year-old driver and his 31-year-old attendant escaped unhurt,” he said in a statement here today.

Elaborating, Zulkhairani said the HAZMAT team had taken a reading of pollution levels at the location using special equipment including infrared thermal cameras and chemical detectors and found that the situation was safe.

“The operation was temporarily suspended due to the rain. We need to ensure that the material was completely dry because we were afraid that the chemical waste would heat up and turn toxic when exposed to water. Firefighters also covered the chemical spill with waterproof canvas.

“As of noon, the operation is still ongoing,” he said.-Bernama