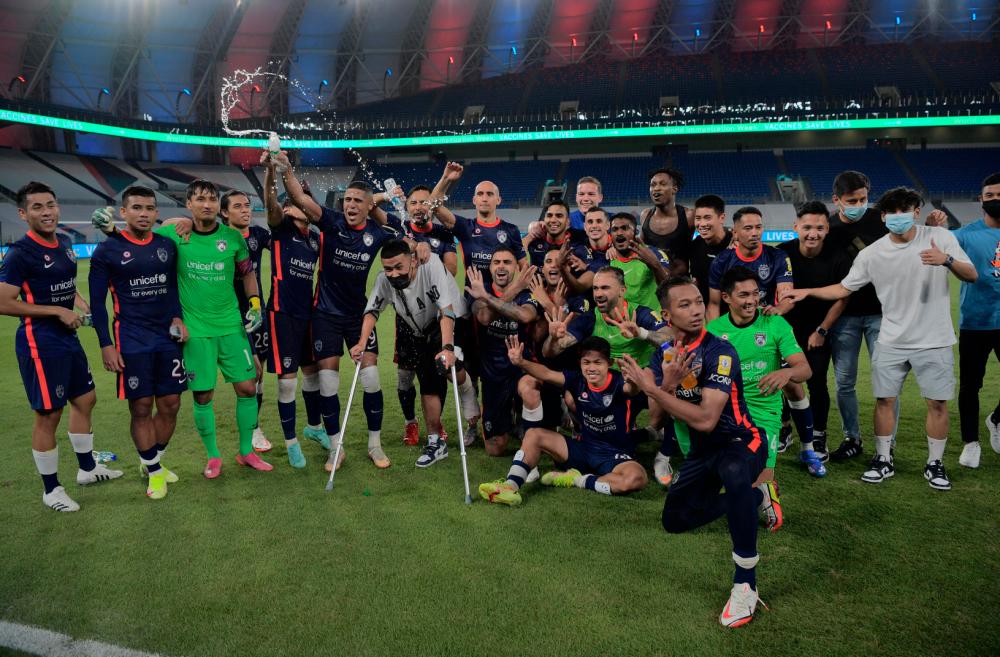 A post on the Johor Southern Tigers’ Facebook page informed that supporters would be presented with a fireworks show and an ‘in-car viewing party’ during the programme.

“The celebration - trophy presentation, special show and fireworks - will begin after the match against Kuala Lumpur,“ read the statement posted today.

The club said it is currently discussing with the authorities at the local and national levels to finalise the standard operating procedures (SOP) for the programme.

“The SOP includes the entry of supporters into the car park and event line-up. Stay tuned for the next announcement,“ it added.

On Aug 27, a hat-trick by prolific import striker Bergson da Silva in a 3-0 win over Sri Pahang at the Sultan Ibrahim Stadium in Iskandar Puteri, sealed the Super League title for JDT.

JDT's 16th victory after 20 matches in the 2021 season put the Southern Tigers squad 14 points ahead of second-placed Terengganu FC, thus ending the race for the title with two league games remaining.

The club will meet Terengganu FC on Sept 4 at the Sultan Mizan Zainal Abidin Stadium in Terengganu before the final match at home against Kuala Lumpur United FC on Sept 12.-Bernama

1.‘Origi may have to make peace with being squad player’