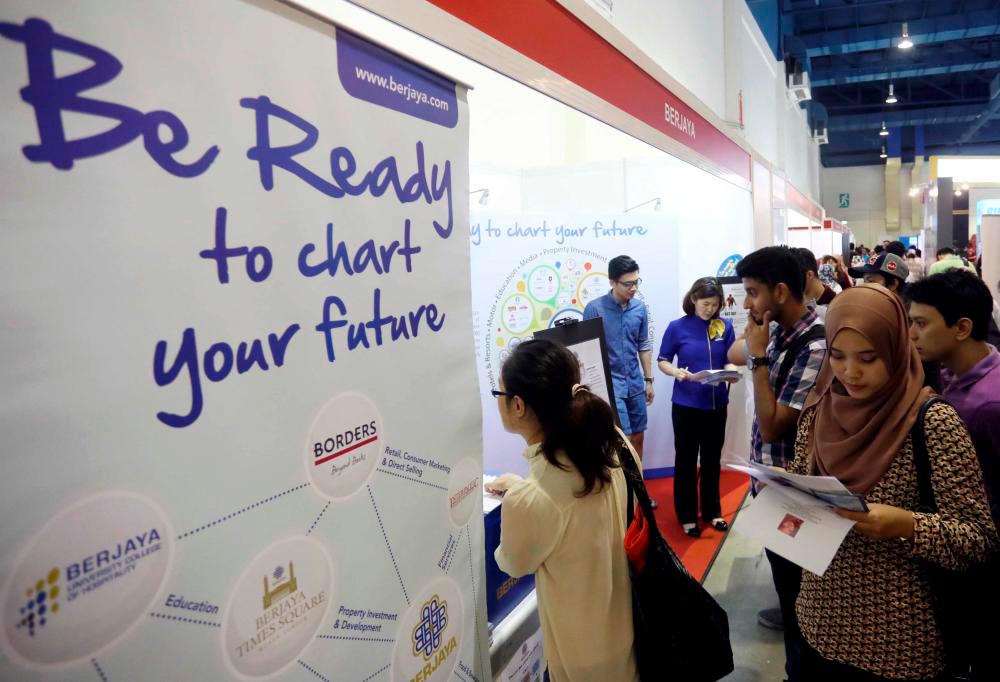 PUTRAJAYA: Job vacancies advertised online in Malaysia soared up to 159,148 in the first quarter of 2022 (Q1 2022) compared to 90,218 in the same quarter last year, according to the Department of Statistics Malaysia (DOSM).

Chief Statistician Datuk Seri Dr Mohd Uzir Mahidin said on a monthly basis for the first quarter of 2022, the number of vacancies advertised online was the highest in February at 67,172 vacancies.

“Meanwhile, for January and March, a total of 48,924 and 43,052 vacancies were advertised respectively,” he said in a statement in conjunction with the release of the Job Vacancies Landscape in Malaysia, First Quater of 2022 today.

The analysis also provides information on job vacancies offered by employers online from various aspects such as job type, job profile, location, industry, skills, the field of studies and others.

Commenting further, Mohd Uzir said in the first quarter of 2022, most employers required workers in the Professional Category (44.9 per cent) followed by Technicians and Associate Professionals (17.7 per cent) and Managers (11.3 per cent).

“Meanwhile from an economic perspective, the Wholesale and Retail Trade, Repair of Motor Vehicle and Motorcycles sector became the main sector that contributed to the job vacancies offered for job seekers in the first quarter of 2022.

“While, the other four sectors with the highest job supply are Manufacturing; Professional, Scientific and Technical Activities; Financial and Insurance/Takaful Activities; as well as Accommodation and Food Service Activities,” he said.

He said three jobs in the Technical dan Vocational Education and Training (TVET) category that recorded the highest number of vacancies were Advertising and Marketing Professionals, Administrative Associate Professionals and Software Developers.

“In addition, popular jobs offered in the Science, Technology, Engineering and Mathematics (STEM) category were Technician, Graphic Designer and Software Engineer,” he said.

Observing the job vacancies by state in the first quarter of 2022, Mohd Uzir said the Federal Territory of Kuala Lumpur recorded the highest number of job vacancies at 42.7 per cent followed by Selangor (16.9 per cent), Johor (7.3 per cent), Penang (3.9 per cent) and Melaka (1.7 per cent).

“The analysis on the number of vacancies advertised online in the first quarter of 2022 shows the economy is still in a period of recovery in tandem with the transition from the pandemic to endemic phase.

“With this transition, all economic sectors and borders of the country have been opened in stages and expected to reduce the impact of the pandemic, revive the country’s economy and further create more job opportunities to be filled by job seekers,” he added.-Bernama