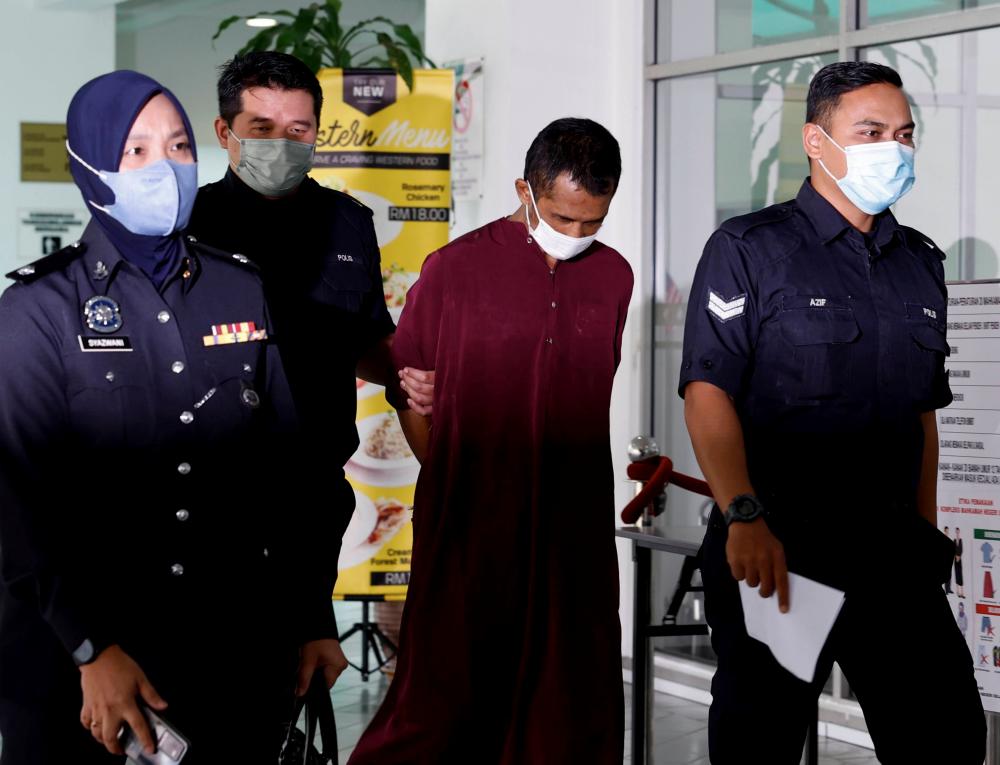 SHAH ALAM: An unemployed man has claimed trial at the Sessions Court for causing grievous hurt to a policeman at a residence in Jalan Siswi, Kampung Sungai Kandis, Seksyen 36, here, last month.

Norazizul Lizam Miskun, 47, who was unrepresented, pleaded not guilty after the charge was read out to him before Judge Rihaida Rafie.

He was accused of injuring Mohd Ridzuan Marsudi, 32, with a machete at 4.01pm on Sept 26 under Section 326 of the Penal Code which carries imprisonment of up to 20 years and a fine or whipping upon conviction.

Judge Rihaida Rafie set bail at RM10,000 with one surety and fixed Dec 21 for submission of documents and appointing a lawyer.

The case was prosecuted by Deputy Public Prosecutor S. Reetha.

Meanwhile, at the Magistrate’s Court, Norazizul Lizam was fined RM10,000 or 12 months’ jail in default after he pleaded guilty to smashing the window of two vehicles belonging to his brothers, Noor Hadi Miskun, 53, and Nor Baiza Miskun, 49, using flower pots at the same place on Sept 25, a charge that was framed under Section 427 of the Penal Code.

At a different court, Norazizul Lizam pleaded guilty before Magistrate Nur Faizah Abdul Sani for using tetrahydro cannabinol hydrocarboxylic acid (THC); methamphetamine and amphetamine at the Shah Alam district police Criminal Investigation Division, here at 7.40 pm on Sept 26, a charge that was framed under Section 15(1) (A) of the Dangerous Drugs Act 1952 which carries a maximum of two years’ jail or RM5,000 fine or both.

Nur Faizah set bail at RM2,000 and fixed Nov 21 for submission of the pathology report before sentencing.

The prosecution was handled by Deputy Public Prosecutor Saidah Fasihah, while the accused was unrepresented.-Bernama