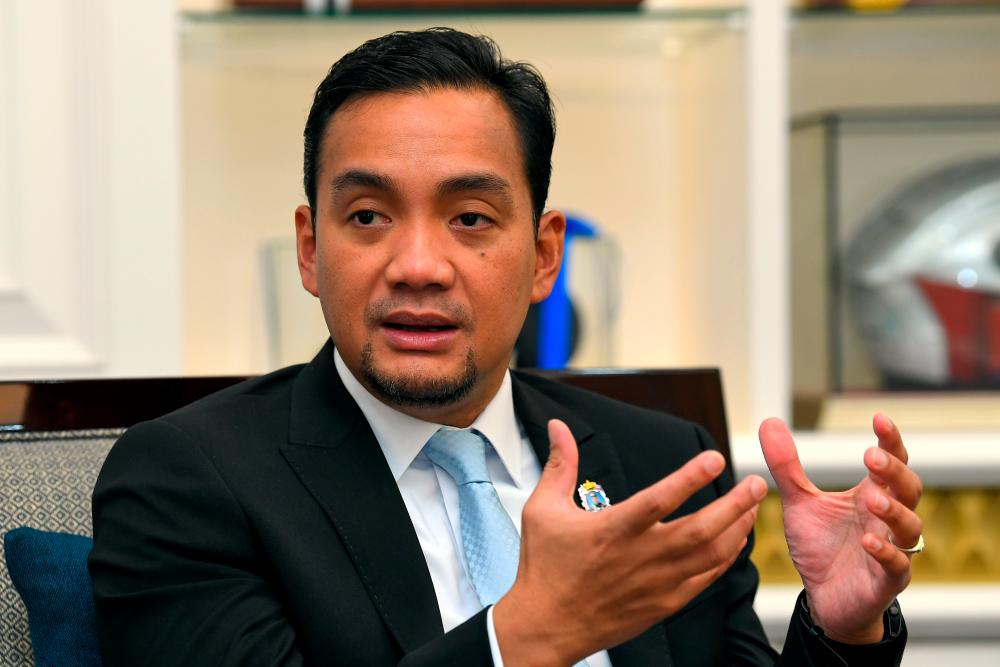 Onn Hafiz said the economy in Johor is also gaining momentum with the reopening of borders, which subsequently will revive the tourism industry. BERNAMAPIX

ISKANDAR PUTERI: Johor expects to be able to return to the top three position among states that received the highest investments, besides becoming one of the biggest contributors to the country’s Gross Domestic Product in the next few years.

Its Menteri Besar Datuk Onn Hafiz Ghazi said, besides Johor’s population of 3.8 million, the state has its own strengths due to its strategic location which lies near the South China Sea and Malacca Straits and Singapore.

Because of this attractive geographical setting, Johor has three strategically located ports which are able to draw more investors, both local and foreign, to invest in the state, he said in an exclusive interview with Bernama at his office in Kota Iskandar, recently.

Onn Hafiz said these success indicators included the US$200 million investment by Insulet Corporation and RM1.38 billion from GDS Holdings Ltd, which is a leading developer and operator of high performance data centres from China recently, which proved that investors view Johor as a major investment destination.

“(These investments) showed that even investors are looking at Johor as a major investment centre of state. Because Johor is now stable in terms of its government...We have a very strong mandate of 40 out of the 56 seats.

“In the aspects of geographical location, (it) is very strategic, we are next to Singapore. We have three ports, the economy, Insya-Allah, I’m confident we will continue to boom in the next few years,” he further said.

He said this when asked on the possibility of the state returning to its former glory as among the top three states with the highest investment inflows in the future.

Onn Hafiz, who graduated with a Degree in Accounting from the University of Hertfordshire, United Kingdom, said healthcare, data centre, food bank, and tourism are among the sectors that he will focus on.

“So, these are the sectors (we will focus on) and obviously tourism. I think there is much potential for Johor, as we have five national parks here.

“For nature lovers, they love to go to these kind of places. Now, we will ensure we go back to basics...whether the cleanliness is okay, or if there are sufficient public amenities/facilities, and whether the infrastructure are of international standard.

“So these are the things I am looking at in short to long term for the economy,” he said.

Onn Hafiz said the economy in Johor is also gaining momentum with the reopening of borders, which subsequently will revive the tourism industry. - Bernama