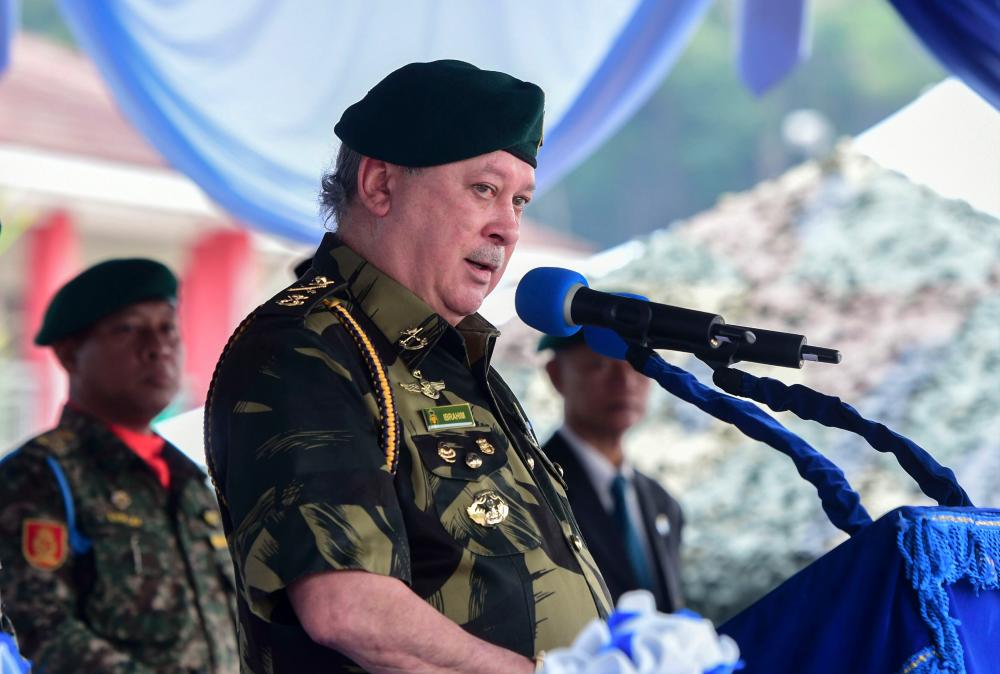 In his speech during the event, the Ruler who is the Colonel Commandant of the Special Forces Group (GGK) reminded all officers to refrain from politicking or lobbying for certain positions and rank.

“I do not want any element of favouritism in the camps. I would like to stress that all distinctive positions and ranks accorded to the GGK cannot be unilaterally given or adopted by other Corps,” he said.

Sultan Ibrahim also wanted all members of the GGK to maintain a good level of physical fitness and strength.

“However, individual strength is pointless without the spirit of cooperation and comradeship...we must all unite to form a strong regiment,” he said.