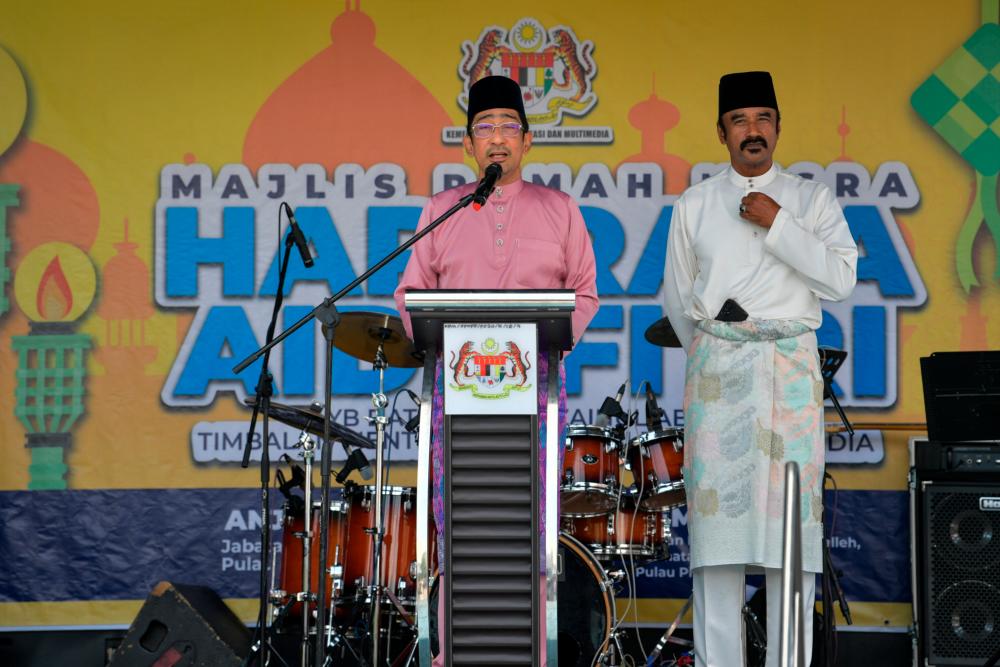 NIBONG TEBAL: The Ministry of Communications and Multimedia (K-KOMM) held the Aidilfitri open house at the Nibong Tebal parliamentary constituency for the residents in the surrounding areas today.

Its Deputy Minister Datuk Zahidi Zainul Abidin(pix) said the event was organised by his office, in collaboration with Nibong Tebal Umno division, and during the event, he also channelled aid to those in need.

“This Aidilfitri open house is one of the efforts in the spirit of the Keluarga Malaysia (Malaysian Family) in celebrating Raya. As the deputy minister I combined two northern regions, namely Penang and Kedah, to organise an open house for the members of the public.

“This event was held outside my parliamentary constituency (Padang Besar) because not all constituencies have a deputy minister or minister, so in the spirit of the Keluarga Malaysia, we want to celebrate Aidilfitri with the residents from other constituencies,” he told reporters here today.

Zahidi said the event also involved agencies under K-KOMM such as the Information Department, Radio Televisyen Malaysia (RTM) and the Malaysian Communications and Multimedia Commission, to jointly channel the necessary information to the local population.

“This is not only an Aidilfitri open house but also an opportunity for us to make friends and channel information to the public, especially the residents here,” he said.

Meanwhile, some visitors said that they took the opportunity to attend the open house because this was the first time it was hosted by a deputy minister or a minister who was not the constituency’s elected representative.

One of them, Khairul Fahmi Mohd Razif, 40, said he and his family were excited to attend today’s open house as it was an opportunity to meet with the deputy minister in person.

“We are happy to be here today because apart from various dishes served, there are also performances and information distribution from several government agencies,” said Khairul Fahmi from Sungai Acheh.-Bernama Call to reduce number of cars Zelensky says will attend G20 depending on other ‘participants’

Call to reduce number of cars

Zelensky says will attend G20 depending on other ‘participants’

3.Call to reduce number of cars

4.Zelensky says will attend G20 depending on other ‘participants’