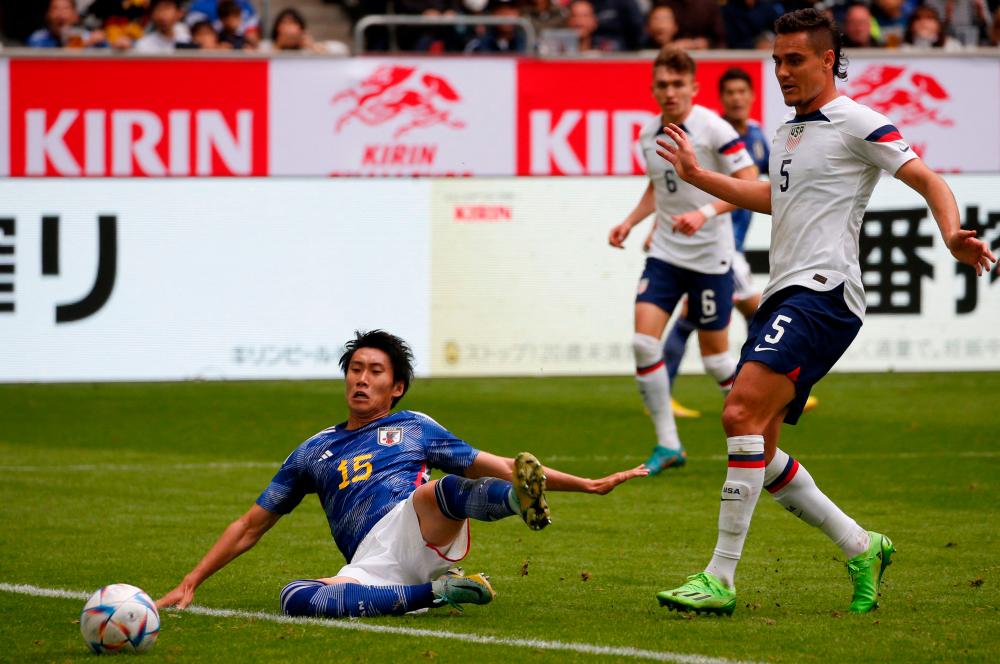 Mitoma's 88th-minute goal sealed a deserved victory for Japan, who face Germany, Spain and Costa Rica in the group stage of the World Cup in Qatar.

But the comprehensive loss dealt a reality check to the United States in what was the team's penultimate game before they tackle a World Cup group that includes England, Wales and Iran.

The United States face Saudi Arabia in a friendly in Murcia in Spain next Tuesday before coach Gregg Berhalter names his final World Cup squad on November 9.

Berhalter now has plenty of food for thought after watching his youthful US line-up get outplayed for long periods by the skillful Japanese.

The US finished a chastening loss having made zero shots on goal, and significantly gave away the ball in their own half a whopping 54 times in the first 45 minutes.

US preparations were dealt a blow before kick-off when Chelsea's Christian Pulisic was ruled out of the starting line-up after suffering a knock in training.

Japan dominated from the outset, with the energetic Kamada and Daizen Maeda pressing high up the field and forcing the makeshift US back four into mistakes.

Junya Ito was the first to threaten the US goal after just two minutes, pouncing on a stray pass from centre-half Aaron Long and surging forward to shoot only to see his effort comfortably gathered by Arsenal goalkeeper Matt Turner.

A rare US foray into Japanese territory should have resulted in an American goal in the eighth minute, when Sergino Dest crossed to Jesus Ferreira only for the US centre-forward to head over.

That was as good as it got for Berhalter's side however, as Japan took control for the remainder of the half, over-running the outnumbered three-man US midfield and spending long periods camped in the opposition half.

Another US mistake should have led to a Japanese opener on 13 minutes. US defender Walker Zimmerman gave away the ball close to goal and Kamada darted into the area to shoot only to be denied by a superb reflex save from Turner.

Kamada made no mistake on 24 minutes however, when another lightning Japanese break finally led to a goal. Once again, the US gave away the ball and Hidemasa Morita passed to Kamada who tucked away the finish.

The goal was initially ruled offside but a VAR check overturned the decision in Japan's favour.

Despite a flurry of second-half substitutions, Japan continued to dominate possession after half-time.

Turner twice saved to keep the US in the hunt, but Mitoma's late strike gave the scoreline a more respectable look for Japan.-AFP