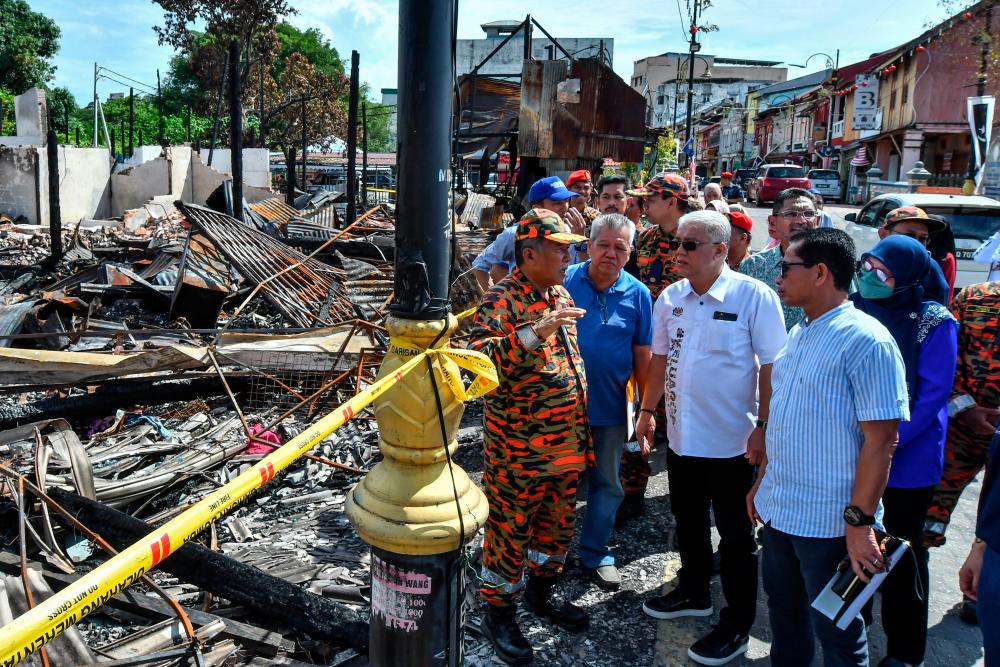 KUALA TERENGGANU: Twelve families who were affected by a fire that gutted a row of shophouses in Kampung Cina here last Sunday night (Sept 18) received initial assistance of RM1,000 from the Prime Minister's Office today.

The cash assistance was delivered by the Prime Minister's political secretary, Datuk Mohammad Anuar Mohd Yunus, to each head of household involved to ease their burden.

Mohammad Anuar said he would be discussing with Prime Minister Datuk Seri Ismail Sabri Yaakob about other forms of assistance to be given to the victims.

“I have inspected the scene of the incident and on behalf of the Prime Minister, I sympathise with what happened.

“I understand that there was also initial aid channelled by the state government and today I came to represent the Prime Minister to deliver a small donation on his behalf,” he said after visiting the location of the fire in Kampung Cina today.

Mohammad Anuar also said he would be discussing with the Prime Minister how to help all the victims through relevant agencies as the shophouses were built on land with Temporary Occupancy License (TOL) status.

The 8.15 pm fire destroyed in 12 shops in Jalan Bandar, Kampung Cina, including a clothes shop, a restaurant, a jewellery shop and a motel.