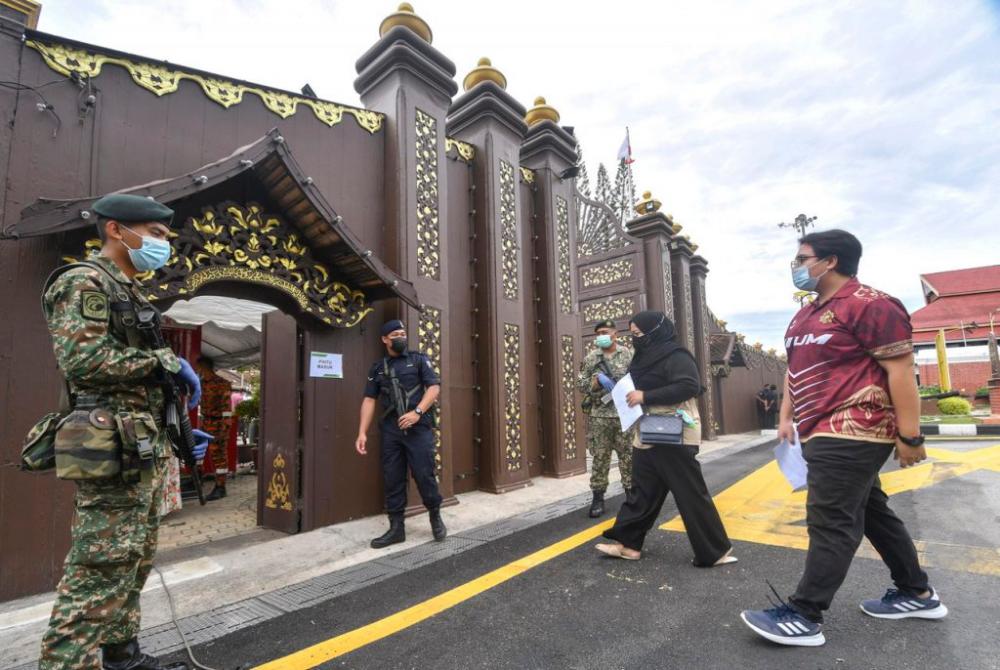 KOTA BHARU: The Sultan of Kelantan Sultan Muhammad V has given his consent for the Istana Balai Besar here to open its doors to members of the public to facilitate the implementation of the Covid-19 immunisation programme.

Comptroller of the Royal Household Datuk Tengku Azmi Tengku Jaafar said Istana Balai Besar was the only palace in Kelantan opened for the purpose.

He said the National Covid-19 Immunisation Programme at Istana Balai Besar, organised by the Office of the Sultan of Kelantan in collaboration with the state Health Department for Phase Two of the National Recovery Plan (PPN), would be held for five days, starting today.

“The (vaccination) programme for Phase One of the PPN was held on June 9 involving 350 officers and staff of the Kelantan Palace.

“Meanwhile, for this programme, about 2,000 recipients are expected to receive the vaccine with 1,000 of them are the locals while the rest will be the staff and relatives of the Kelantan Palace,” he said to reporters when met at the immunisation programme at Istana Balai Besar here today.

Elaborating, Tengku Azmi said Sultan Muhammad V also commended his subjects who have registered for vaccination and urged the people inside and outside of the state to take seriously the increase of Covid-19 infection in the state and in the country.

“His Highness also called on the people to play their part in protecting themselves and their family,” he said adding that Sultan Muhammad V also expressed his appreciation to all frontliners especially the staff of the Health Ministry (MOH) who are involved in curbing Covid-19 transmission.

“They have worked tirelessly to serve all levels of the society and to ensure that the spike in cases can be reduced as soon as possible,” he said.

Meanwhile, Tengku Azmi said the Tengku Mahkota of Kelantan Dr Tengku Muhammad Faiz Petra was deeply concerned about the problems and constraints faced by the MOH in ensuring a smooth vaccination process.

Tengku Azmi added that the palace was also planning to organise several other programmes at Istana Balai Besar, including distributing food baskets to those affected by the Covid-19 pandemic. — Bernama