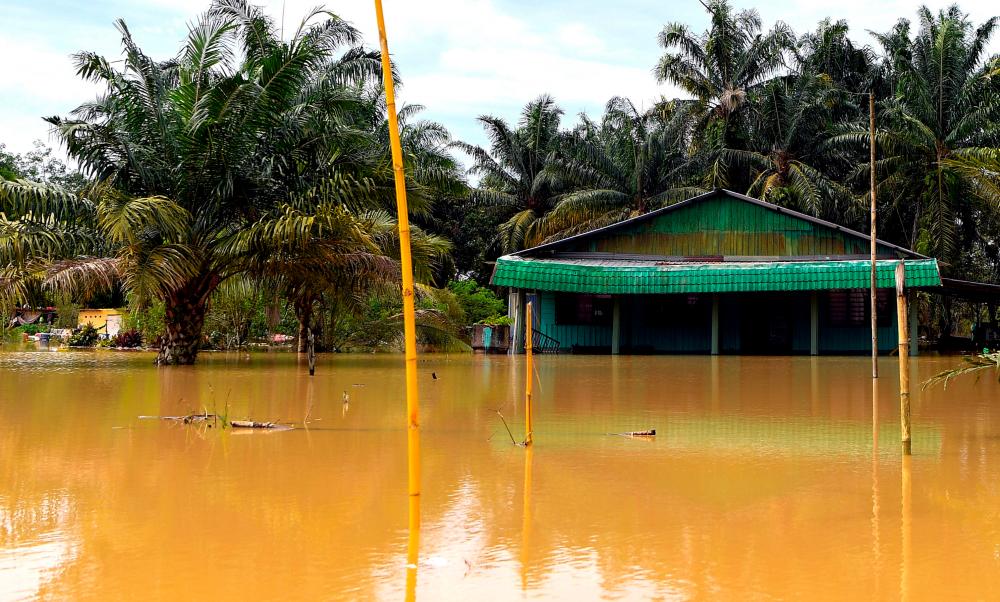 SEREMBAN: Residents of Kampung Ismail here described the flash floods that hit the village following heavy rain and strong winds last night as among the worst in two years when the water level reached about three-metre-deep or up to the chest level.

Rohani Abdullah, 77, who has been living in the village for almost five decades, said the area was often inundated, but yesterday’s floods were unexpected and she did not get to save any of her valuable possession, including furniture.

“It was 7.30 pm, I was in the house and did not hear the rain. Suddenly, my son rushed to tell me that the siren had sounded, so I went to look outside and saw that the water had started to rise.

“There was a flood a couple of weeks ago but the water did not enter the house. I think this is the third worst incident after the massive floods last December,” she told Bernama when met here today.

Another resident Khairulnizam Ahmad, 47, said the village was easily flooded as it was situated near Sungai Batang Pena.

He said the rescue team including the fire brigade and the Civil Defence Force came to assist the flood victims but were having difficulties entering the area as many vehicles were parked on the side of the road.