‘Khairy an asset to Umno, BN and nation’ 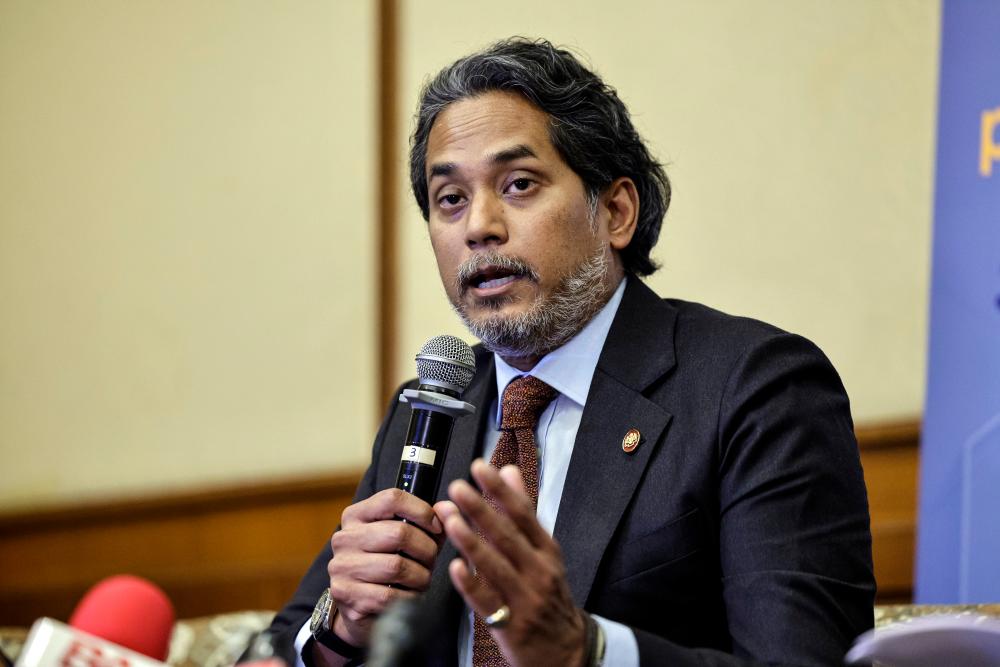 Khairy was recently asked to give up his Rembau parliamentary seat for Mohamad to contest in GE15. – BERNAMAPIX

PETALING JAYA: It will be a huge loss to Umno and Barisan Nasional if Health Minister Khairy Jamaluddin does not contest in the 15th general election (GE15), said political analysts. Not only will it paint a bad picture of the party, but also augur poorly for the nation.

Khairy had recently said he was asked to give up his Rembau parliamentary seat for party deputy president Datuk Seri Mohamad Hasan, better known as Tok Mat.

National Council of Professors senior fellow Dr Jeniri Amir noted that Khairy is seen by the public as a good leader who has performed well as health minister, and should contest in GE15.

He added that Khairy is an asset to Umno, the Barisan Nasional (BN) and the nation.

“The health minister is a credible and dynamic leader who can take Umno and the country forward. If Umno fails to give him a parliamentary seat, it will be a major loss to the party.

“If he was asked to give up his seat because he is outspoken, vocal and not always in line with the party leadership, then it will not reflect well on Umno. The public may see it as being vindictive,” he told theSun.

Jeniri said it is best for Umno to compromise and find a parliamentary seat for Khairy. Otherwise, the party and the nation will lose a highly skilled leader.

“The question is which seat will Umno offer Khairy as the party only won three out of the five contested in Negri Sembilan in the last general election.”

He added that another possibility is for Khairy to be made a senator if BN can form the next government.

“Khairy still has a lot to contribute to the party and nation, and whatever decision Umno makes, it must be a win-win situation for everyone.”

On Sunday, Khairy said he was requested to make way for Mohamad in Rembau, since he is the Rembau Umno division leader, and find another place to contest.

Nusantara Academy for Strategic Research senior fellow Prof Dr Azmi Hassan opined that it is important for Umno to find Khairy a new seat after he was asked to give up his seat to Tok Mat.

He said the main problem is Khairy cannot contest in a seat BN won in GE14 because the Umno division heads will not give up their seats, leaving him with the option of contesting either in Port Dickson or Tampin.

“If he does not get a seat, the people will perceive that a leader like Khairy, who is outspoken, has no place in Umno, and this will harm the party.

“Khairy is seen as an outsider in the party hierarchy because he is known for going against its leaders.”

Azmi added that Khairy had to give up his Rembau seat to Tok Mat as Umno has grand plans at the Federal level for its deputy.

He said in the grand scheme of things, Tok Mat could be the next prime minister if Umno president Datuk Seri Dr Ahmad Zahid Hamidi is convicted of corruption charges.