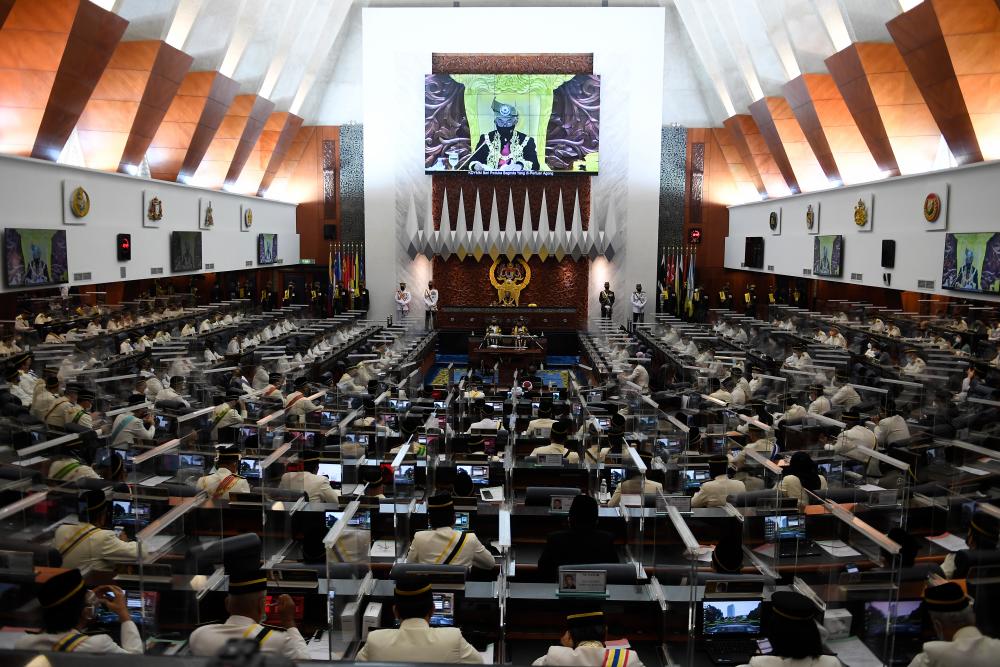 As such, His Majesty welcomed the openness of the government in giving opportunities to various quarters including Members of Parliament to get involved in public governance.

“I also welcome and greatly appreciate the efforts towards realising the new bipartisan cooperation approach among all quarters that will create a new political landscape and bring about changes in the country’s administration system,” the King said when opening the Fourth Session of the 14th Parliament here today.

While describing such maturity as a long-coveted change, Al-Sultan Abdullah said only with strong unity, solidarity and togetherness of the people, as a big Malaysian Family, can the country face all challenges and trials.

“Take the old Malay proverb biduk lalu kiambang bertaut (when the boat passes, the duckweeds reconnect)” as it’s true that winners will not win all and losers will not lose all,” he said.

Al-Sultan Abdullah also called on all Members of Parliament (MPs) to return their focus to the efforts to fight the Covid-19 pandemic and bring back hope to the people and the country that had been plagued by health issues and economic depression.

His Majesty said any seed of conflict should be removed so that Malaysia will remain a peaceful, harmonious and united country.

“I have received hundreds of letters from the people who shared their grievances and hopes to get back to their normal life soon.

“My advice to all MPs is not to put the future of the country and my people at stake in achieving certain agenda,” he said.

In conjunction with the Malaysia Day celebration on Sept 16, Al-Sultan Abdullah also called on the MPs and the people to observe the history of the country’s independence and the formation of the Malaysian Federation to enhance the spirit of patriotism and love for the country.

Reiterating the political situation before, Al-Sultan Abdullah said the country had witnessed the resignation of its 8th Prime Minister Tan Sri Muhyiddin Yassin on Aug 16, the second resignation of a prime minister during His Majesty’s reign.

Just like after the 7th Prime Minister Tun Dr Mahathir Mohamad stepped down in 2020, His Majesty said the heavy responsibility to select and appoint the 9th Prime Minister of Malaysia was done in accordance with the Federal Consitution.

“In line with the concept of Constitutional Monarchy and parliamentary democracy, I have given the opportunity to all 220 MPs to name a candidate among themselves, through a statutory declaration, to be appointed as Prime Minister,” he said.

Al-Sultan Abdullah said after being named by 114 MPs who had voluntarily given their support, the Bera MP Datuk Seri Ismail Sabri Yaakob was appointed as Malaysia’s 9th Prime Minister.

In his address, the King also expressed appreciation to Muhyiddin and the previous Cabinet who had weathered the tough challenges in the war against Covid-19.

His Majesty concluded the speech with three verses of Malay pantun which reminded the MPs to remain sincere in serving the people and in protecting the sovereignty of the country. -Bernama